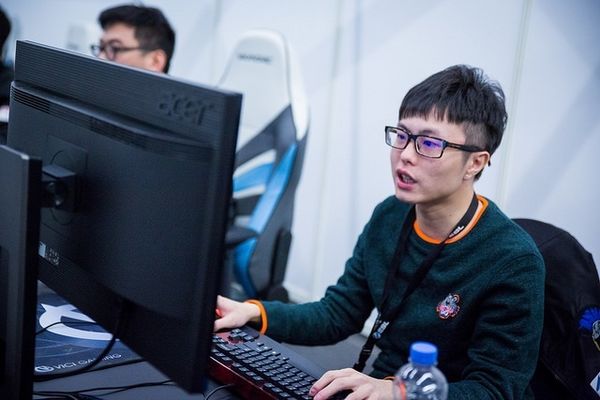 Hao, nicknamed General Hao by the Chinese community, is known to be one of the most aggressive players in the scene. Having joined teams such as Nirvana.cn, TyLoo, Pandarea, TongFu, Invictus Gaming, Newbee, and Vici Gaming, Hao is no stranger to LAN competitions and is also known to be extremely fervent during matches. As a carry player, he has the urge to kill which can be seen in games where he dives countless times for kills. His risky plays defines his character, and the polarizing rewards or setbacks from the outcome of his aggression can make or break the team that he plays in.

Hao was among the first players to make the jump to Dota 2 from Warcraft 3 Dota, remaining with Tyloo in the very first International. Despite the high hopes for the team and a strong group stage performance, they finished at bottom half, and the roster parted ways with the organization shortly after.

Moving to Tongfu along with long-time partner Mu, the pair quickly distinguished themselves as aggressive carries that held little regard for safety, much like the style introduced by the Russians as opposed to the more stable Chinese approach. The team was able to qualify for the International 2, but only finished at 7th - 8th and the team held improving results in the lead up to the International 3. At the event, Tongfu managed to finish at the upper half of their groups, only to be sent to the lower bracket by Natus Vincere in a controversial game 3, where Na'Vi was able to utilize multiple fountain hooks to come back and take the game. While the team would eliminate defending champions, Invictus Gaming, Tongfu would soon be eliminated by Orange Esports, finishing 4th. After which, Hao left Tongfu to play for IG, and the team held many top 3 placings such as those at G-League and Red Bull ECL 2013.

Finishing his brief stint with IG, Hao reunited with many of his former teammates from Tongfu's TI3 squad, and the group would go on to form Newbee, a superstar team holding veterans of the Chinese scene. The team had a strong start with their victory at MDL 2014, which later led to the team's massive victory at The International 2014, taking the tournament after barely managing to escape elimination before the main event. Newbee's performance remained strong for the remainder of the year with another first-place finish at WCA 2014. Soon, the team hit its first brick wall in the form of the Dota Asian Championships 2015, where the TI4 champions finished last. After this finish, Hao left the team to join Vici Gaming.

The change did not affect his results, and Hao continued to place highly in The Summit 3 and i-League, which led to the team's invitation to The International 5. Finishing at 4th, Hao rejoined Newbee, and joined the team in its slump, where the team consistently failed to qualify for premier tournaments, and also suffered last place defeats at the Frankfurt Major and WCA 2015. After the Shanghai Major, the team held another roster swap which brought Kaka and Kpii to the team, and Newbee was able to finally break its slump, with an overwhelming performance at EPICENTER, where the team held a record 29-0 win streak, which gave them the invitation to the Manila Major, which they finished 3rd. The team then defeating Wings Gaming at the Nanyang Championships to earn their invite for the International 2016. Despite strong performance in the past, the team was only barely able to make it to the upper bracket, where they were quickly sent down by Evil Geniuses before being eliminated immediately by Team Liquid.

After the disappointing performance, Hao publicly announced his temporary leave from active competition, stating that he will be gone from the scene for at least half a year.