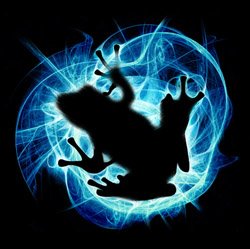 IceFrog is the current lead designer of Defense of the Ancients and Dota 2.

IceFrog's involvement with the development of DotA began in 2005, when he was a member of the clan TDA. The lead developer at the time, Steve "Guinsoo" Feak, recruited IceFrog and Neichus with the programming aspect of the mod, as the complexity increased substantially. That year, Guinsoo handed development of the mod to Neichus, as he lost interest in continuing to support the map and sought time to play World of Warcraft. IceFrog worked as Neichus' assistant collaborator for a short period of time, until full control of the map was turned over to IceFrog. Since then, IceFrog has worked continuously to balance DotA and add new innovative features. What has been noted about the difference between Guinsoo and IceFrog is that while Guinsoo produced heroes at a rapid rate, IceFrog has been highly meticulous with the development process.

In 2009, IceFrog experienced a falling out with the administrator of DotA-Allstars.com, Steve "Pendragon" Mescon, who had become an executive employee of Riot Games, the developer of League of Legends. As such, IceFrog began servicing DotA and the community at PlayDotA.com. The exact reasons for this falling out are unclear, as there are conflicting stories. One is that Pendragon was using DotA-Allstars.com for personal gain by advertising League of Legends, while on his end of the story, IceFrog was working for S2 Games as a programmer on Heroes of Newerth. The latter of these claims were never formally verified.

In 2009, a group of employees from Valve Corporation became interested in playing DotA at a competitive level and while they ultimately failed at this, they became interested in the pseudonymous developer of the map. They spent some time corresponding with IceFrog, to learn what his plans and intentions were for the map. As his ideas involved porting the map to a stand-alone sequel, the Valve employees decided to pursue DotA as an asset they could support and IceFrog as a potential employee and lead designer. As such, Valve's senior programmer, Adrian Finol, produced a proof of concept for the real-time strategy capabilities of the Source engine and presented it to Valve's managing director, Gabe Newell, who came to support the idea.

IceFrog was brought to Valve's headquarters in downtown Bellevue, where they showed him their office space and gained his interest and admiration. As such, IceFrog was hired on the spot and given the task of designing the sequel to DotA. With his involvement at Valve has come several notable developments to DotA, as the franchising name designated for it as a concept was changed to "Dota" with a lowercase "A". In 2010, Dota 2 was formally announced by Game Informer and ten months later, the game was shown for the first time.