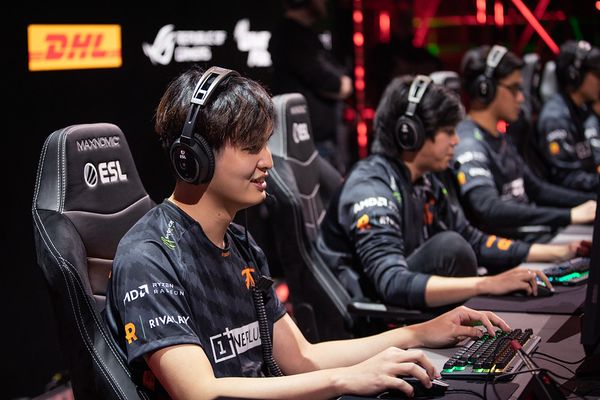 Daryl Koh "iceiceice" Pei Xiang is a Singaporean professional Dota 2 player who currently plays for Team Secret. A famous DotA player who had notably won ESWC Paris and CAPL, iceiceice pursued a StarCraft II career in 2010 and early 2011 and switched to Dota 2 in 2011.

iceiceice played competitive StarCraft II from the release of the game to early 2011, competing in local SEA events. His crowning achievement was a runner-up place in the Blizzard SEA Invitational which granted him a spot in the BlizzCon 2010 StarCraft II Invitational, where he was eliminated in the first round. In March 2011, iceiceice joined FXOpen e-Sports only to leave the team shortly afterwards. He gave up on playing Starcraft 2 competitively because of his mandatory military service, as well as a lack of faith in the Southeast Asian Starcraft 2 scene.[1]

In August 2011, iceiceice made his first steps in the Dota 2 competitive scene as he attended The International 2011 with Scythe Gaming. iceiceice and his teammates eventually took third place at the event, losing to EHOME in the losers' bracket finals, and sharing a $150,000 prize. iceiceice later left Scythe Gaming and joined team Zenith.[when?]

Even though Zenith had a disappointing finish at The International 2013, iceiceice won the 1 v 1 solo championship defeating Mushi and won himself the crown of being called the best solo mid in Dota 2. Zenith disbanded shortly after the conclusion of The International 2013, and so iceiceice was picked up by the Chinese Team DK to complete their new roster.[2] After The International 2014, DK disbanded and he joined Vici Gaming. He later joined EHOME following the Shanghai Major 2016 and was featured in a player profile at The International 2016 and finished in the top 6.[3] Following the tournament, he departed EHOME after playing in China for three years and returned home to Singapore to form his own team, Team Faceless on the 3rd September 2016.[4] Faceless contained fellow Singaporeans xy- and NutZ.

Team Faceless showed some success in the SEA scene, quickly proving themselves to be one of the top teams there, and were hot favourites to take one of Southeast Asia's spots for TI7. Due to a poor performance in the round robin including a lost tiebreaker, Faceless failed to qualify for TI7 and disbanded. After the new season opened, iceiceice moved to Mineski to join his old teammate Mushi, along with Jabz. Mineski was competitive internationally with a win at DAC 2018, but ultimately placed 9-12th at TI8. Following the tournament, iceiceice moved to join Fnatic along with Jabz. Fnatic showed promise throughout the season but ended with a disappointing elimination on day one of the playoffs of TI9, placing 13-16th. The roster reshuffled but iceiceice remained on the team. Fnatic saw some minor success but after sitting out some tournaments due to the 2020 online season, iceiceice moved to join Evil Geniuses, his first time playing for a team based in North America.

The new Evil Geniuses roster immediately found success in the 2021 NA DPC Season 1, placing first and earning an upper bracket spot at the Singapore Major. At this event, EG advanced through the upper bracket to the Grand Finals, but fell short to Invictus Gaming in 5 games.

Purchases made using the retail links on this page may earn Liquipedia a small commission.
Retrieved from "https://liquipedia.net/dota2/index.php?title=Iceiceice&oldid=1254609"
Categories:
Hidden categories: