In its earliest, and some would say most potent form, magic was primarily the art of memory. It required no technology, no wands or appurtenances other than the mind of the magician. All the trappings of ritual were merely mnemonic devices, meant to allow the practitioner to recall in rich detail the specific mental formulae that unlocked a spell's power.

The greatest mages in those days were the ones blessed with the greatest memories, and yet so complex were the invocations that all wizards were forced to specialize. The most devoted might hope in a lifetime to have adequate recollection of three spells—four at most. Ordinary wizards were content to know two, and it was not uncommon for a village mage to know only one—with even that requiring him to consult grimoires as an aid against forgetfulness on the rare occasions when he might be called to use it.

But among these early practitioners there was one exception, a genius of vast intellect and prodigious memory who came to be known as the Invoker. In his youth, the precocious wizard mastered not four, not five, not even seven incantations: He could command no fewer than ten spells, and cast them instantly. Many more he learned but found useless, and would practice once then purge from his mind forever, to make room for more practical invocations. One such spell was the Sempiternal Cantrap—a longevity spell of such power that those who cast it in the world's first days are among us still (unless they have been crushed to atoms).

Most of these quasi-immortals live quietly, afraid to admit their secret: But Invoker is not one to keep his gifts hidden. He is ancient, learned beyond all others, and his mind somehow still has space to contain an immense sense of his own worth...as well as the Invocations with which he amuses himself through the long slow twilight of the world's dying days.

With an intricate arsenal of spells at his disposal, Invoker can adapt to any battle situation. Each configuration of his three spell components yields of one of ten spells, meaning he's never without a way to destroy or escape his enemies.

RR
Targeting
No Target
Affects
Self
Combines the properties of the elements currently being manipulated, creating a new spell at the Invoker's disposal. The invoked spell is determined by the combination of Quas, Wex, and Exort.
7
So begins a new age of knowledge.
Notes

Quas
DY
Targeting
Unit Target
Affects
Enemy Units
Damage Type
Magical
Invoker draws the heat from an enemy, chilling them to their very core. The enemy will take damage and be briefly frozen every hit. The debuff duration, damage, and speed between stuns increase based on the level of Quas.
20
12
15
100
Sadron's Protracted Frisson.
Notes

Wex
DV
Targeting
No Target
Affects
Enemy Units
Self
Invoker manipulates the ice and electrical energies around him, rendering his body invisible. The elemental imbalance created as a consequence slows nearby enemies based on the level of Quas, and changes Invoker's speed based on the level of Wex.
45
21
10
200
Myrault's Hinder-Gast.
Notes

Wex
DC
Targeting
Point Target
Affects
Enemy Units
Damage Type
Magical
Invoker builds up a charge of electromagnetic energy at a targeted location that detonates after a short duration. The detonation covers an area, draining mana based on the level of Wex. Deals damage and restores mana to Invoker based on the percentage of mana burned.
30
125
Endoleon's Malevolent Perturbation.
Notes

Quas
DW
Targeting
Point Target
Affects
Enemy Units
Damage Type
Magical
Unleashes a fast moving tornado that picks up enemy units in its path, suspending them helplessly in the air shortly before allowing them to plummet to their doom. Travels farther and deals more damage based on the level of Wex. Holds enemies in the air for a duration based on the level of Quas.
30
20
20
150
Claws of Tornarus.
Notes

Exort
DT
Targeting
Point Target
Affects
Enemy Units
Damage Type
Pure
Sends a catastrophic ray of fierce energy from the sun at any targeted location, incinerating all enemies standing beneath it once it reaches the Earth. Deals damage based on the level of Exort, however this damage is spread evenly over all enemies hit.
25
175
Harlek's Incantation of Incineration.
Notes

Quas
DF
Targeting
No Target
Affects
Enemy Units
Invoker forges a spirit embodying the strength of fire and fortitude of ice. Damage, mana, and armor are based on the level of Exort while attack range, health, and duration are based on the level of Quas. The elemental's scorching attack is capable of melting the armor of enemy heroes.
30
75
Culween's Most Cunning Fabrications.
Notes

Targeting
Passive
Affects
Enemy Heroes
Melts away the armor of heroes hit by the spirit's attack if the spirit has enough mana. Each successive hit increases the amount of armor melted. 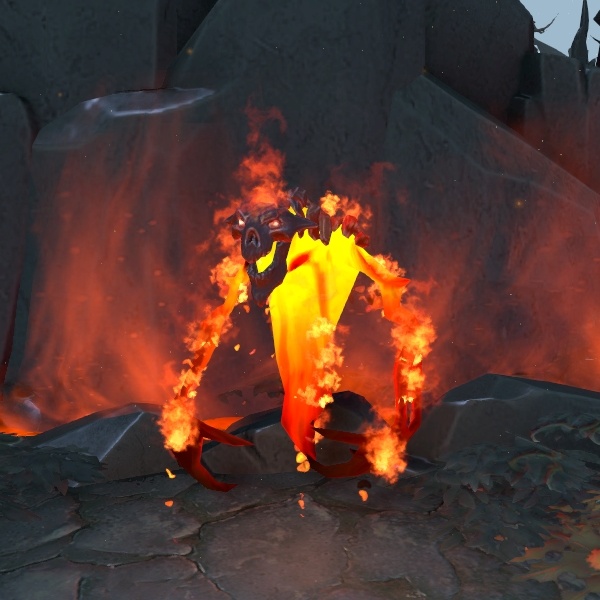 Invoker is a versatile hero who can play numerous different roles. This makes Invoker a hero that can be picked up in many different situations. Invoker is usually played in the mid lane because he needs to level up quickly early on. He is very dependent on the levels of his orbs in order for his spells to be useful. There are 2 main builds for Invoker: Exort and Wex.

This is probably the safest build to go if you are playing solo. You are less dependent on your team mates when using Exort for damage. This build focuses on Exort (E) and Quas (Q). Your main abilities will be: Forged Spirit (EEQ), Cold Snap (QQQ), and Sun Strike (EEE). This spell combination will almost always ensure you kills when playing 1v1. It's very easy to lock down opponents when you basically have three auto-attacks coming out. One thing to note is that you will get your Wex (W) orb somewhat late, so you will not be able to ghostwalk away from ganks.

While laning use Cold Snap (QQQ) whenever your opponent moves into a bad position. Use the spell and try to harass until your opponent starts playing passively. You will gain control over the lane if you make efficient use of the spell. Before you get your second level in Invoke, you need to be sure that you have 4 in Quas (Q) and 4 in Exort (E), to spawn 2 forged spirits instead of 1. Change between Exort and Quas depending on the situation. Quas is good for health regen while Exort is useful for damage.

In the mid game, you should generally run around ganking players. Preferably the hard carries since you will most likely be the strongest hero on the map by this time. When you get the opportunity, push down a tower with your Forged Spirits (EEQ). Remember to snipe enemy heroes on the map with Sun Strike (EEE).

In the late game, you can get Alacrity (WWE) to give yourself or your carry more damage and attack speed. Buying Scythe of Vyse in the late game will allow you to deal with the opposing carries much more easily.

This build is a good crowd control build for Invoker. It generally needs a team that is willing to work with you since your damage will not be very high. This build focuses on Quas (Q) and Wex (W). Your main abilities will be: EMP (WWW), Tornado (WWQ), and Cold Snap (QQQ). This build focuses on starting the battle by using tornado and limiting the opponents team fight potential by burning their mana with EMP after the tornado ends. In the mid game you will have to constantly change between your three spells, which makes it somewhat harder for new players to play this build.

While laning use Cold Snap (QQQ) the moment your opponent moves into a bad position. Use the spell and try to harass until your opponent starts playing passively. You will gain control over the lane if you make efficient use of the spell. Change between Wex (W) and Quas (Q) depending on the situation. Quas is good for health regen while Wex is good for attack speed.

In the mid game you should help your team get kills by ganking and helping out in team fights. You are not very strong by yourself, so the only time you should be solo is when you are farming gold in lane or trying to get levels. Initiate by using Tornado (WWQ) and a well timed EMP (WWW) in the best position you can get during team fights. Get one point in Exort (E) to access your full arsenal of spells.

In the late game you should use your crowd control spells to the best of your ability, and use Scythe of Vyse to stop foes. There are many games where you will be playing a supportive initiator role in the late game.