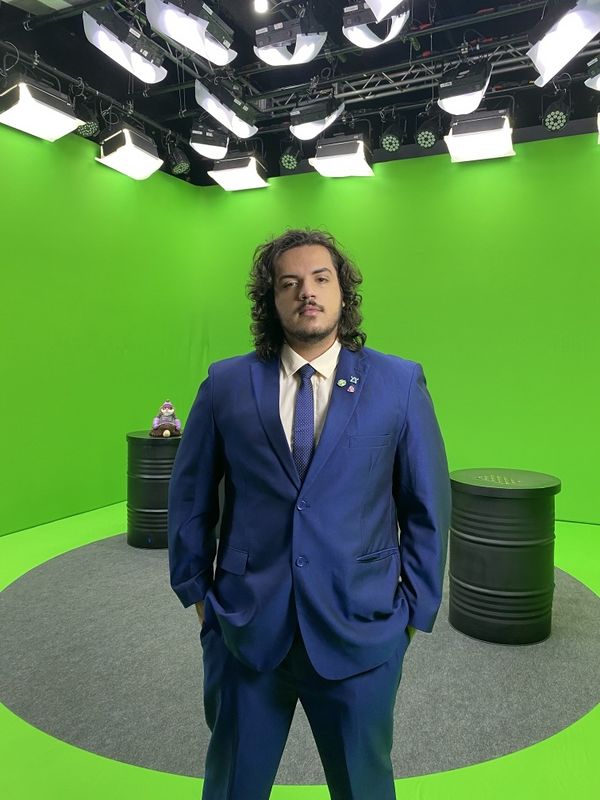 José "Jasam" Almeida is a Portuguese language caster from Brazil.

Jasam started playing Dota 2 on March 2nd, 2013, when the game was still in BETA. He eventually competed with several stacks in local tournaments, which he still do at present time. Even today, from time to time, he participates in teams for small competitions. In addition, he has already organized some amateur tournaments, which he himself narrated and broadcast. That's when his storytelling career began.

In 2014, he organized a local tournament which he himself is a broadcast talent, where his casting career begins. However venturing into 2016, his casting apperance in broadcasts was gradually reduced as he started high school and was focusing on his studies. He eventaully finished high school in 2018 and entered college in 2019. During these periods, he took a hiatus from Dota 2 to focus on his studies. Jasam is a computer technician from the Federal Center for Technological Education (CEFET). He is currently studying journalism at the Federal University of Juiz de Fora (UFJF). In mid-March 2020, due to the COVID-19 pandemic, his university activities was impacted thus Jasam had found time to return to the Dota 2 scene.

Jasam eventually contacted Beyond The Summit Brasil, looking for an opportunity to which he was granted an apperance on on June 2nd, 2020. Since then, he made several appearances in the studio broadcasts and officially joined the talent team in September of the same year.