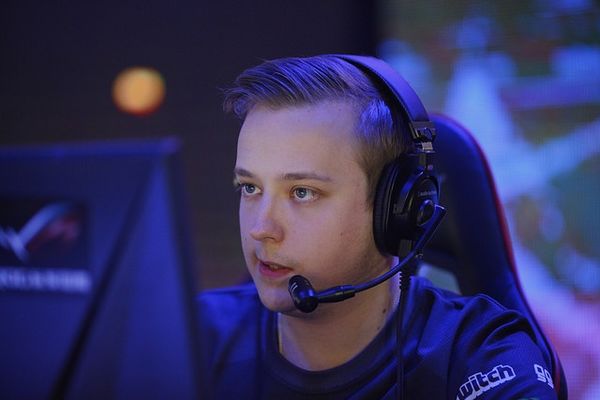 Jonas "jonassomfan" Lindholm is a Swedish professional Dota 2 player who most recently played for Aachen City Esports. He was previously a professional Heroes of Newerth player before transitioning to Dota 2.

jonassomfan made his debut in Dota 2 on the all-Swedish lineup of LAJONS, who were later picked up by Ninjas in Pyjamas. He immediately made his mark on the European Dota scene with his specialist hero pool and hyper aggressive playstyle in the offlane. This penchant for aggressive plays made him a fearful opponent to face, but also made him a very volatile player, prone to suffering too many deaths in the early game.

With NiP, he was a dominant force in the Tier 2 scene of Europe, but rarely had a chance to show up on international LANs, despite coming close a lot of times. After narrowly failing to qualify for the Frankfurt Major, the team was dropped by NiP. He would then go on to playing in various stacks in Europe, however meaningful achievements were scarce in this time.

After The International 2016, jonas rejoined some of his former teammates - Era, Handsken, and Limmp - from NiP on Alliance, where he joined TI champions EGM and Loda. However, like NiP before this, the team always seemed on the brink of breaking out of the European qualifiers, notably just narrowly missing qualifying for the Kiev Major.

After failing to qualify for The International 2017, jonassomfan departed the Alliance together with Era and Handsken. The trio went on to form The Final Tribe, another all-Swedish lineup. The team's lineup was rounded out by carry Frost and support Pablo, who had played with them on Alliance for the TI7 qualifiers. With this team, jonassomfan was finally able to attend some international LANs, but their results were disappointing and he once again failed to attend a TI, when they failed to qualify for The International 2018. After a string of further poor results, jonassomfan departed TFT in January 2019.