No one has ever seen the face hidden beneath the mask of Yurnero the Juggernaut. It is only speculation that he even has one. For defying a corrupt lord, Yurnero was exiled from the ancient Isle of Masks—a punishment that saved his life. The isle soon after vanished beneath the waves in a night of vengeful magic. He alone remains to carry on the Isle's long Juggernaut tradition, one of ritual and swordplay. The last practitioner of the art, Yurnero's confidence and courage are the result of endless practice; his inventive bladework proves that he has never stopped challenging himself. Still, his motives are as unreadable as his expression. For a hero who has lost everything twice over, he fights as if victory is a foregone conclusion.

In a flurry of slashes, Juggernaut cuts down his foes. Sprinting and spinning into battle with reckless abandon, and nearly invincible once he is able to begin his assault, stopping Juggernaut can often be just as difficult as surviving him.

WG
Targeting
Point Target
Affects
Allied Units
Summons a Healing Ward that heals all nearby allied units, based on their max hit points. The Healing Ward can move after being summoned.
60
40
15
140/130/120/110
Of the rituals learned at the Isle of Masks, tending wounds with a bit of voodoo magic has proven to be quite useful.
Notes

EC
Targeting
Passive
Affects
Enemy Units
Gives Juggernaut a chance to deal increased damage on each attack.
The last remnant of his heritage's commitment to bladework, Yurnero ensures that the style is remembered.

RE
Targeting
Unit Target
Affects
Enemy Units
Damage Type
Physical
Juggernaut leaps toward the target enemy unit with an attack, and then slashes other nearby enemy units at an increased attack rate. Juggernaut is invulnerable for the duration.
130
200/275/350
‘The fruits of discipline; with practice comes strength.’
Notes 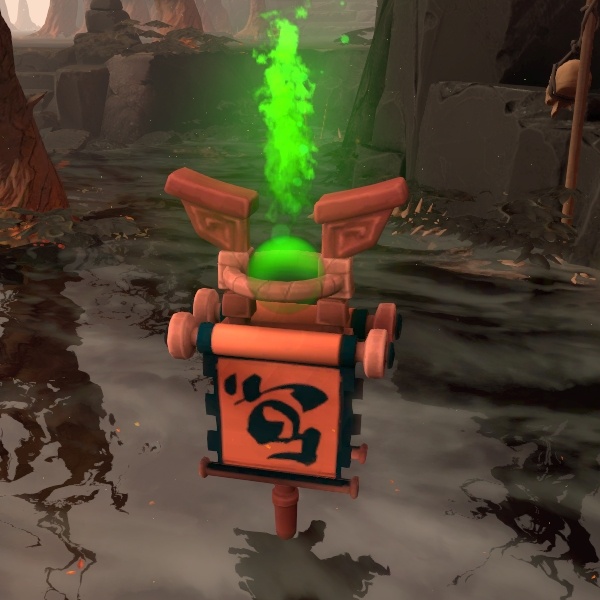