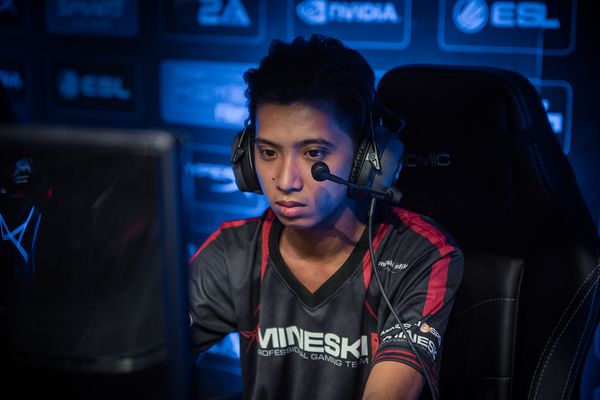 Julz has been around the Dota 2 competitive scene since its insemination at The International 2011. Julz along with his squad Mineski Infinity, was invited to participate in the first International event as a SEA representative by Valve. They were placed in the same group as Invictus Gaming, EHOME and SGC. Mineski Infinity placed last in their group, going 0-3. Placed into the loser's bracket, Mineski Infinity face OK.Nirvana.cn and beat them 1-0. Julz and his team's run in The International 2011 came to an end in loser's round 2 when they lost to Moscow Five 0-1. Despite focusing mainly on DotA, Julz was still able to place well in a few events. Following the end of The International 2011, Julz and Mineski Infinity were able to have a stronger showing at WCG Asian Championships 2011 where the team took second place. They were able to beat out the likes of EHOME and AEONSports but lost to MUFC in the finals. Julz's last performance of the year took place at the Malaysia Invitational where Mineski took third to Orange and MiTH.

The year 2012 was the year of change for Julz. Julz with Mineski Infinity was able win Razer Dota 2 Tournament and Mineski Infinity Opening Tournament before the team's shake-up. On May 13, Julz left the club that he had been with for the last 2 years, Mineski Infinity, and joined Ledion DreamZ. This switch came as a shock to many people because the Mineski Infinity squad was the same one he played with on HappyFeet which dates back to 2008. Mineski management cited lack of discipline and not following through on his responsibilities as the reasons for which Julz was removed from the squad.[1] While with Ledion DreamZ, Julz's primary focus turned back to DotA again.

Julz finally came back to the Dota 2 scene when DreamZ announced on January 27, 2013 that they would be focusing only on Dota 2 from now on.[2] Julz will get to show his current form in The International 2013 East Qualifiers as a replacement for Neolution.int who had been removed from the qualifier tournament for removing ninjaboogie from the squad after the rosters were announced.[3] After the team's poor showing in the TI3 Eastern Qualifier, Julz and Owey were removed from the squad.[4]

As MSI-evoGT.TnC revamped their roster in the beginning of summer 2013, Julz was announced as one of their players.[5]

On September 2nd, left MSI-evoGT.TnC, stating that he was "not fit for the team anymore".[6] He joined Mineski soon after, appearing on their roster for GMPGL SEA Grand Finals Season 5, where the team eventually took victory.[7]