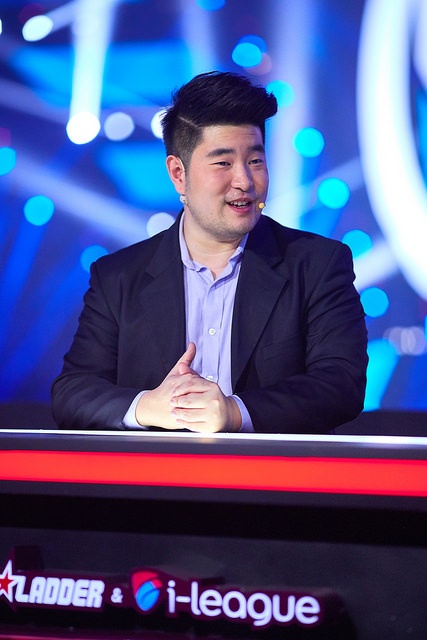 Jack "KBBQ" Chen is a Dota 2 interpreter, analyst, writer, and podcaster who is currently and manager of Soniqs.

Jack "KBBQ" Chen was born in Shanghai, China, but grew up in New York City.[1] He graduated from Columbia University in 2012 with a master's degree in Journalism, and initially became involved in eSports as a contributing writer for Evil Geniuses and NADotA.[2][3] Since then, he's written for ESPN, managed DotAFM, co-hosted Defense of the Patience, and worked as an on-stage Chinese interpreter at ESL One New York 2015, Frankfurt Major 2015, MarsTV Dota 2 League, Shanghai Major 2016, Manila Major 2016 and The International 2016. Jack will be joining the official broadcast team at Beyond the Summit for the 2017 DotA 2 season.[4]