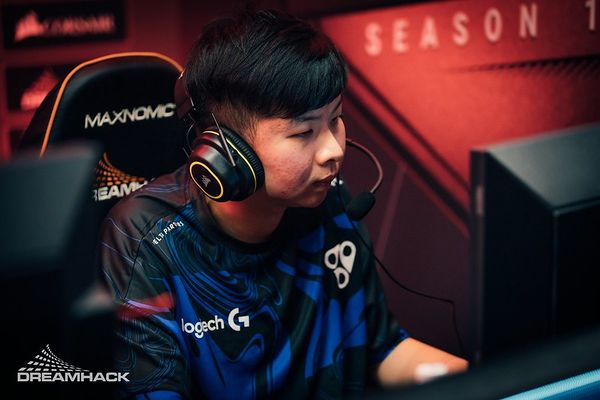 kYxY began his professional career by joining MUFC in 2011. The team won WCG 2011 Asian Championship over Mineski in December. However, he later left the team in 2012. kYxY joined the Orange eSports youth squad in 2012. Eventually in 2013, he became a main player for the team along with Ohaiyo.

kYxY and his team, Orange, were one of the invited teams for The International 2013. The team managed to qualify for the upper bracket of the tournament, finishing 8-6 in Group B. After losing to Natus Vincere 1-2 in the upper bracket, kYxY and Orange made an amazing run through the lower bracket. During some games such as Game 2 of the Lower Bracket series between Orange and Team DK, kYxY became very notable for his Magnus performances as he prevented a Team DK comeback with first a 4-man Reverse Polarity and then another 5-man Reverse Polarity.
Orange finished TI3 claiming the third place in the event after losing in a dramatic 1-2 rematch series against Natus Vincere. After The International 2013 and Mushi's departure of Orange, it was announced on the 21st of September that the remaining players were leaving Orange and the four active players moved to Titan.[1][2]

kYxY's new team, Titan were considered the best team in Southeast Asia by many as the team won many Southeast Asian tournaments but never placed high in any international or premium-level tournaments. They received the sole invite slot for Southeast Asia for The International 2014 and placed 8th in the group stages with an 8-7 record, qualifying them for Phase Three of the tournament. Their first game was against Newbee but lost 1-2, knocking them out of The International 2014 and being unable to qualify for the main event. After TI4, it was unknown what would be the fate of kYxY and his team.


With Team DK disbanding after the retirement of key players, Mushi reunited the former Orange of TI3 under the name of Team Malaysia as kYxY joined him.[3] Despite the team's long win streak in Southeast Asian Dota tournaments, Mushi and XtiNcT left the team. kYxY remained on the team, but they did not have the same quality of performances in SEA Dota tournaments and 2 months after formation the team disbanded.

In the beginning of 2015, kYxY was left without a team. He joined G-Guard Esports in early January but later left to join former teammates Mushi and Ohaiyo at a new EHOME.my. The team were dropped from the EHOME organization less than a month after the team's formation but remained playing under the name Team Malaysia. During this time, Team Malaysia became arguably the best team in Southeast Asia, with a 16-game winning streak and qualifying for many premium-level tournaments as well as earning SEA's sole direct invite to The International 2015. Team Malaysia were picked up by Fnatic around early June of 2015.[4]

kYxY and Fnatic were coming into The International 2015 as underdogs in comparison to other teams. Despite being underdogs, they managed to take a game decisively off of Team Secret, who were arguably the best team in the world at the time after winning many major LAN tournaments before TI5. Despite the great start in the group stages, Fnatic did not qualify for the upper bracket of TI5 and instead had to play against Virtus.Pro in the lower bracket who were coming off of an upper-lower bracket deciding playoff series. They were eliminated from TI5 in their Best of 1 game against Virtus.Pro, finishing 13th-16th in the tournament.

As of August 17th kYxY has left team Fnatic together with JoHnNy and Kecik Imba.