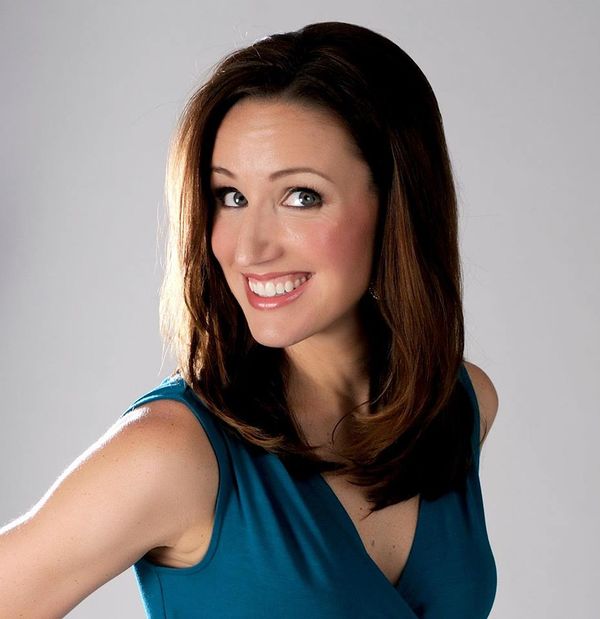 Kaci "Kaci" Aitchison is a Dota 2 backstage host and interviewer during The International. She now works full-time at Valve Software.

Born and raised in Seattle, Kaci is a University of Washington alumni. With an interest towards broadcasting, she started applying for internships at multiple TV stations but was later unsuccessful during her sophomore years in college. Kaci later worked at a radio station, KBKS-FM (106.1 KISS FM) under the promotions department handing out concert tickets as well as occasionally advertising on-air.[1][2] After a period of advertising, the boss of the radio station asked Kaci to cover traffic reports for the afternoon show, later becoming a co-host for the show. While she was studying in college, she also helped out another radio station, The Bob Rivers Show on KZOK-FM and later becoming a News Director there.[1][3]

After a decade of radio work she decided to pursue with TV stations and after hosting a car show for sales via the Q13Fox network, she was later joined the "Q13 FOX News This Morning" as a features reporter in August 2009.[3]. Displaying signs of growth and popularity, she later became a co-anchor for the network however Kaci still to this day also acts as a feature reporter citing the fact that she loves to hear people talk about their stories while straying away from unpleasant news stories. She was nominated in 2014 for a Northwest Regional Emmy Award for her special "The Road to We Day",[4] a special on local youth community involvement.

My favorite thing about working here is being able to be a storyteller in the community I grew up in. I LOVE talking to people and doing interactive stories where I get to be myself and represent viewers by taking them inside the story itself.
(Kaci Aitchison on her vision as a feature reporter and co-anchor for Q13Fox News in October 2010 [3])

Not only is Kaci a co-anchor but she is also an accomplished improvisor having spent 7 years performing with Jet City Improv as a cast member, since 2002-03 [2]. Her favourite improv games were "Boss is Gonna Freak" and the improvised show Dirty Laundry she co-created.[5] Kaci was also featured in The Great Sketch Experiment put on by JibJab.[6] A competition directed to over 100 independent comedy groups were invited to submit a sketch based on a police theme, where only six were chosen to be and flown to Los Angeles to have their sketch filmed by legendary comedy director John Landis. Their sketch, Tom & Tina, was featured on TechCrunch.[7]

Prior to the main event, Valve started an audition looking for a new host for The International 2013 and when Kaci's agent notified her, she decided to participate the trial.[8] After auditioning, she was successful but her potential as a host in a gaming environment remained unsure among the Dota 2 community, due to the fact it was Kaci's maiden gaming tournament and only played video games such as Tomb Raider, Minesweeper and Super Smash Mario Bros.[9] However it was revealed that Valve did not require someone with Dota 2 knowledge to be eligible for the backstage host audition.

With someone who conducts interviews really well, it’s a lot harder than most people think. And Kaci has other things - she sings in a band, she’s got an improv background, she’s really colorful and really likes meeting people, and for this event that’s a really great mix of skills, and the main thing, and this is true of all of Valve, is she wanted to do it. She’s really having a good time. I’m really glad, I’ve got a huge amount of respect for what she’s doing.
(Erik Johnson, a Valve developer for Dota 2 on Kaci in September 11, 2013 [10])

For the The International 2013, Kaci was a backstage host and an interviewer. Kaci believed her job was to make the people interviewed look good. Showing charisma and humour during the tournament, Kaci was noted for her two interviews in the tournament. The first interview with a Team Liquid fan when Kaci decided to place the microphone inside the fan's (horse mouth) [11] and the second interview involved Kaci mistakenly interviewing GrandGrant as iceiceice.[12] After positive reception, Kaci conducted an AMA reddit and was returned to International the following year.