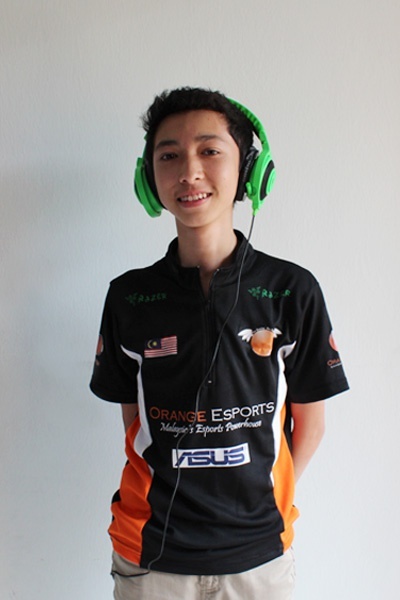 Kecik Imba joined Orange February 14, 2013 to become the 6th player on the roster.[1] He was brought in as part of Orange's player development program. This is not the first time Orange has utilized an academy system as seen in Ohaiyo being promoted to the main squad from the Orange Academy when Mushi decided to take a break from DotA.[2] Orange favored using Luna as the hard carry when Kecik Imba is playing that role. Kecik Imba was not selected to be on Orange's The International 3 roster.

After Titan picked up most of Orange with the exception of Mushi who left to join Team DK, Kecik Imba was teamless. He later joined Invasion e-Sports as their solo mid player on March 1st, 2014. He was often seen playing carries during this time, as well. He stayed with Invasion for exactly one year before joining EHOME.my.

Kecik Imba joined EHOME.my, and became the mid player while Mushi switched to support. However, less than a month after EHOME.my formed, the team was dropped from the EHOME organization and continued playing under the name Team Malaysia. The team went on to become perhaps the best team in Southeast Asia, with an impressive 16 game win streak, qualifying for many premium-level tournaments as well as earning the only invite from the SEA region to The International 2015. Team Malaysia was later picked up by Fnatic. From i-league Season 3 and on Kecik Imba switched roles with Mushi, and currently plays support.

During The International 2015, Kecik Imba along with Fnatic started the group stages strongly, taking a game decisively off of Team Secret who were arguably the tournament favorites. Despite the strong start however, Fnatic did not win a single series over any team during the group stages and finished 7th out of 8 teams. During the main event, the team were placed up against Virtus.Pro in a best of 1 elimination and Kecik Imba switched once again to solo mid while Mushi played support. Nevertheless, Virtus.Pro managed to eliminate Fnatic in the single game from the tournament as Fnatic finished 13th-16th.

As of August 17th Kecik Imba has left team Fnatic together with JoHnNy and kYxY.