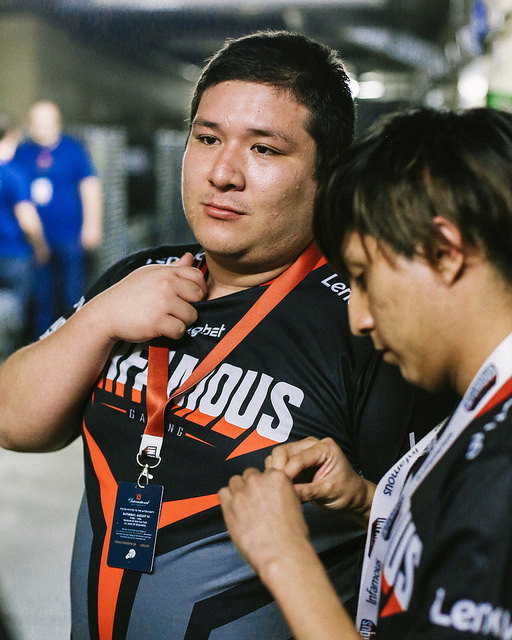 Kingteka started his career in eSports in 2012. Before joining team Infamous, he was in teams like Elite Wolves and Not Today. Since then, he played in local LAN tournaments, such as MasGamerIX.

He joined Team Infamous in August 2016, where he started to be well-known as one of the best Peruvian offlane players. During the division 1 playoffs of joinDota League Season 10, his Batrider and Beastmaster successfully defeated teams such as paiN Gaming.

After The International 2017, Kingteka left Infamous and formed Digital Chaos.SA, merging with brazilian stars hFn and KINGRD. After a month of playing together, Digital Chaos dropped the sponsorship and the brazilian players returned to their country. Kingteka then formed a new, full peruvian team which was first named White Dragons and then Sacred.

After Sacred disbanded, Kingteka was signed by Mad Kings, team he would play in for two months. Then, Kingteka brought most of Mad King's roster and formed CDM eSports, the first peruvian team to be sponsored by a soccer team. However, after winning the first season of Liga Pro Gaming, a clash with the executives made the team drop the name and compete as Torus Gaming for the International 2018 qualifiers.

Kingteka would later go on and form Braxstone, along with fellow former Infamous players. After the organisation behind them proved unable to provide for their needs, Kingteka followed Accel and Kotaro Hayama on their newly founded team Playmakers Esports