For the hero, see: Lone Druid 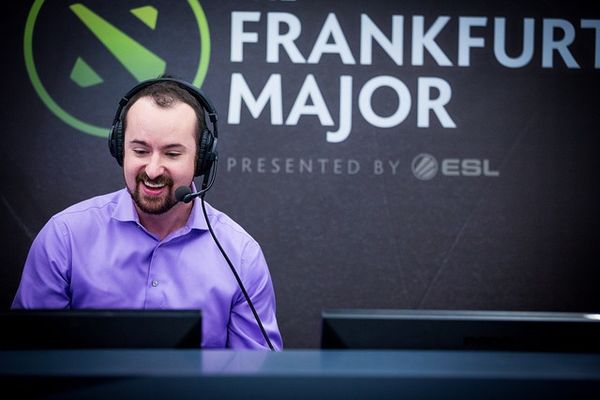 David "LD" Gorman is a Dota 2 commentator and co-founder of Beyond The Summit (BTS).

LD is from Philadelphia, born and raised but has since moved to his new BeyondTheSummit studio in Los Angeles, California. LD commentates a variety of Dota 2 tournaments including both western and eastern Dota participants. LD and David "GoDz" Parker are the primary casters for the BeyondTheSummit studios and are most known for bringing English casts of eastern Dota 2 tournaments to western audiences. A few examples include G-League, G-1 Champions League and GEST 2012. LD was one of the primary casters for The International 2012 and continued the trend in 2013 by getting invited by Valve to cast at The International 2013.[1] Despite being in the scene for just a short while, his popularity grew to the point where his casts with BTS are some of the highest viewed in the business. Valve acknowledged LD's and GoDz's potential as a studio and assigned them to host The International 2013 Eastern Qualifiers from their new studio in Los Angeles, California. The BTS studio in LA was crowd-source funded from an indiegogo campaign that was set-up in February 2013.[2] He has had several memorable calls, later acknowledged in compendium chat wheels. These include "They're all dead!" and "Patience from Zhou".