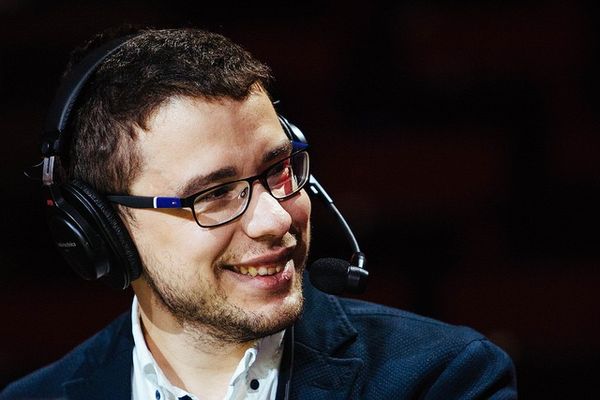 Dmitriy "LighTofHeaveN" Kupriyanov is a retired professional DotA and Dota 2 player that most notably played for Natus Vincere. He is known for his versatility, being able to take on any role proficiently, though most of his fame came from playing carry and later the offlane role.

LighTofHeaveN began his DotA career on the team SAY_PLZ where he rapidly became their most valuable player. A testament to LighTofHeaveN's ability was demonstrated during an ESL Finals where his solo performance on Silencer helped carry the team to a victory against TeamQ in a game that spanned 2 hours and 30 minutes.[Citation needed] His performance demonstrated his strong ability to carry his team from a deep deficit, with this particular game becomes a DotA 1 classic. SAY_PLZ were also successful during ASUS Open Autumn 2007 where they won the championship after defeating Team Zenith and Virtus.pro.

One year later, SAY_PLZ became TeamQ, resulting in Light following Vigoss and others to join Virtus.pro. During this time there was a lack of training and cohesion, resulting in poor results. However, LighTofHeaveN was able to still achieve fame with his Soul Keeper during patch 6.5x. In March 2009 LighTofHeaven joined team DTS Gaming with other notable mentions such as Artstyle and Dendi. Famously, they were able to defeat EHOME at the 2010 World DotA Championship, securing 3rd place. After DTS lost their sponsorship, LighTofHeaveN moved to Moscow Five, but eventually ended up in Natus Vincere along with Puppey to replace Goblak and Axypa.[1]

LighTofHeaveN rocketed to fame in the DotA 2 scene after he helped carry his team to a victory in the first large scale tournament, The International. Na`Vi quickly became the lone crusader against the siege of Chinese DotA teams who were long thought to be superior. After The International, Na`Vi had continued success across a variety of tournaments with numerous first and second placings (see below).

This long streak of tournaments cleared the path for the second installment of The International. Na`Vi were once again the favourites heading into the tournament. After a disappointing group stage going 8-6, Na`Vi was able to progress to the finals, ultimately succumbing to the Chinese powerhouse Invictus Gaming.