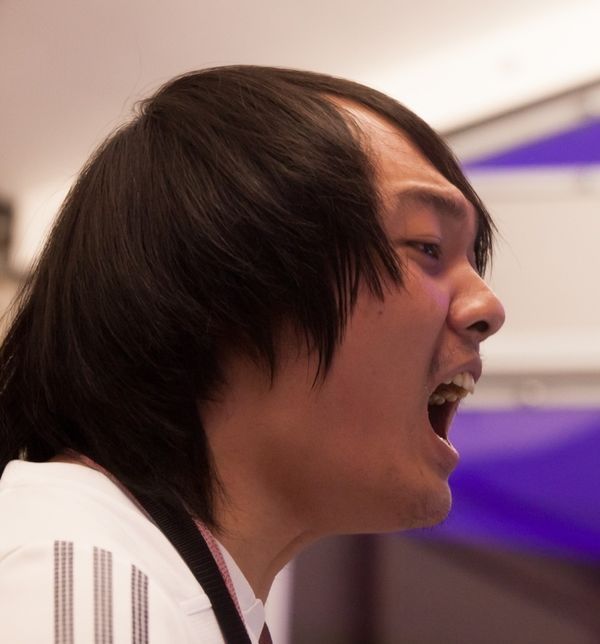 MMY! is mainly known for his role as solo mid for EHOME during their domination in DotA in 2010.

MMY! popularized the Blink Dagger rush on Lion as a solo mid hero.

Following Nirvana.cn's disbandment, MMY! together with 357 (aka QQQ) and KingJ went looking for a team to play Dota 2 with. After a short trial period with an organization called "Canis Lupus Campestris" or "CLC",[2] the trio joined EHOME in April 2012.[3]. At The International 2012 MMY! would take the fourth position, usually as Wisp to compliment LaNm on Tiny, and EHOME eventually took a shared fifth/sixth place.

On October 11th, MMY! and QQQ would join Team DK, reuniting them with BurNIng together with whom they had won many tournaments as a part of EHOME in 2010.[4]

After The International 2013, on August 29th, DK announced that they were rebuilding the team and that all players except for BurNIng were "no longer affiliated with our organization".[5] However, just about a week later, the new squad was announced with MMY! being a part of it.[6]