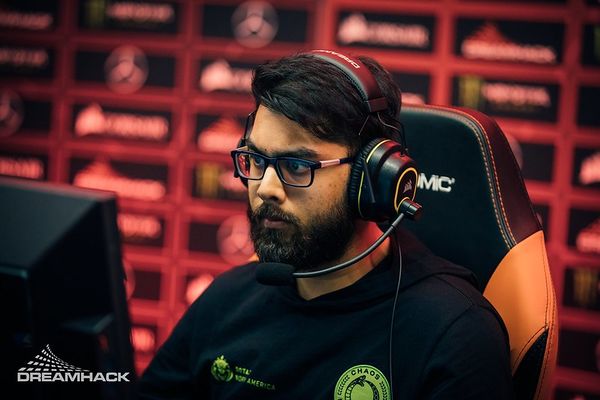 MSS was born and raised in the United States to parents who immigrated from Bangladesh. When it came to gaming, his parents were very strict and often he and his brother would have to do gaming in secrecy, only playing when their father wasn't home. Originally like many professional players, Arif did not believe he would play Dota professionally until he started standing in for a variety of North American teams such as Team Liquid, Evil Geniuses, and Team Dignitas, and made impressive performances during his times as a stand-in.

Since his stand-in performances and rise to fame, MSS has become known as one of the top offlaners in the North American Dota scene.

MSS was a former Fnatic.NA player. While the team did not accomplish much and disbanded quietly shortly after formation, MSS rose to prominence when he showed great performances as a stand-in for Team Liquid on a number of occasions as well as Evil Geniuses and Dignitas to a smaller extent.

He was signed on as a permanent member of Evil Geniuses on 19th, September 2013.

Although the exact date of Arif's departure from Evil Geniuses is unclear, the last game he played with the organization was on December 4th, 2013. The team later disbanded after a string of poor performances.

During Evil Geniuses' temporary absence from the scene (winter 2013-2014) MSS played as a regular stand-in for Team eHug, although was never picked up as a full-time member.

After playing as a stand-in for Demon since March 8th, MSS was confirmed as an official member of Team Dog on March 22nd.[1]

MSS and Mousesports placed 11th at TI4. Had they won one best of 3 series, the team would have took home much more money than the $38,000 they received. MSS had promised to his family that after TI4 he would take a break from his professional Dota career and go to college. He ended up being inactive for the rest of 2014 and the beginning of 2015.

Shortly after TI5, Team Archon disbanded, leaving MSS teamless. However, this teamless period did not last for long as MSS soon became part of Dark Horse, a North American team formed by a mixture of veteran players and newcomers to the professional scene. The team had incredible results in the North American Dota scene. These results were recognized by many, and soon enough the team was picked up by the Cloud9 organization. MSS and his team won most qualifiers for premier tournaments in the Americas region, including that of the very first major event, the Frankfurt Major.