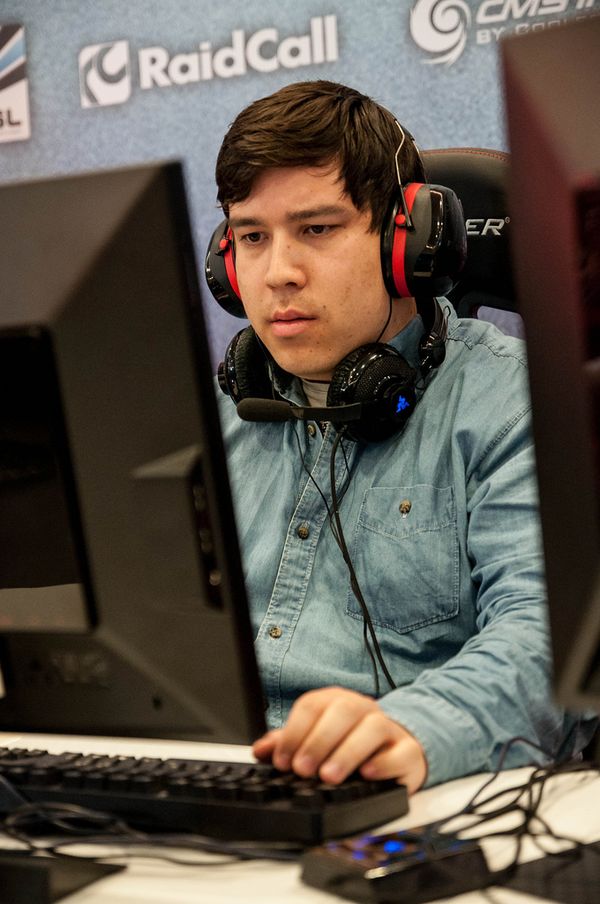 Brian "MaNia" Strandby is a professional Dota 2 player from Denmark.

MaNia was one of the most well-known players in Dota for several years, with a professional career beginning in 2006. For most of his Dota career he stayed on Meet Your Makers.

MaNia attended The International 2011 with team Meet Your Makers, along with his teammates DeMoN, Maelk, MiSeRy and PlaymatE. They eventually placed fourth, splitting up a $80,000 prize. A week after this achievement, the whole roster left MYM.[1] MaNia played in the casual team Problem??? for several months, along with his long-time partner in MYM Maelk, but the two of them eventually parted ways as the latter started playing for Evil Geniuses in early 2012.[2]

MaNia was recruited by SK Gaming on January 14, 2012, replacing Calculus in their all Danish line-up (formerly known as MonkeyBusiness[3]) comprised of AngeL, LINK, miGGel and Ryze.[4] His time on the German team only lasted for two weeks, as SK Gaming released his Dota 2 team on January 30.[3] The whole line-up was picked up by Quantic Gaming a month later, as their first ever MOBA team.[5] The roster switched team again on April 29, joining Eclypsia, and losing LINK in the process. In Eclypsia, MaNia partnered up with PlaymatE, his long-time teammate in Meet Your Makers.[6] Their collaboration with the French team ended abruptly on May 3, as the line-up was disbanded citing Eclypsia's failure to keep its side of the bargain.[7] The all Danish roster was recruited by Copenhagen Wolves on May 20,[8] only to leave it after ten days (Copenhagen Wolves claimed that the fault was upon the roster, describing the players as broken promises).[9]

MaNia eventually splitted up with the rest of the Danish roster and planned to retire from the competitive scene, but ultimately joined Absolute Legends on September 25, where he notably partnered up with ComeWithMe.[10] The squad parted ways with the aL organization in June 2013, but soon found a new sponsor in Flip.sid3 Tactics.[11]

In September 2013 MaNia reformed DD.Dota together with teammate miGGel, 7ckngMad and Sockshka from Quantic as well as FATA- from Mouz.[12] He would continue playing for both Flipsid3 and DD.Dota.

In October 2013 MaNia announced his retirement as a professional Dota player, after 8 years in the scene.[13] He stated that his intentions were to focus on helping esports grow by coaching younger players as well as continuing to be involved with the Flipsid3 Tactics organization.[13]