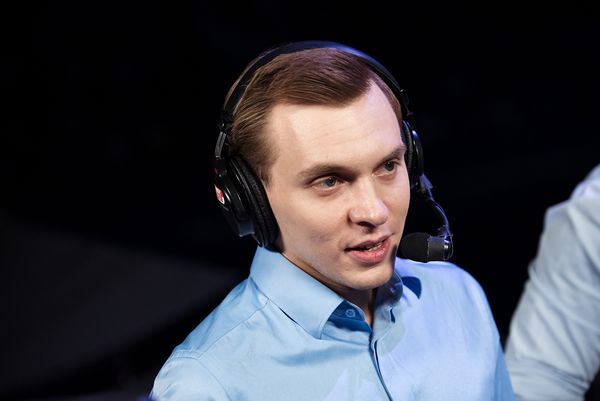 Vladimir "Maelstorm" Kuzminov is a Russian-language caster from Fryazino, Russia. He is currently working for the RuHub studio.

He started his career in 2008 as a StarCraft: Brood War caster and switched to WarCraft III after a few months. However, in 2011 popularity of the game significantly dropped, so he took a break from commentating.

In 2012, he switched to Dota 2 and was soon hired by Virtus.pro who recently added a Dota 2 roster. He left Virtus.pro at the end of 2014, and in January 2015 joined Storm Studio, which was a part of Natus Vincere organization. One year later, on January 1, 2016, he left it and joined the RuHub studio.