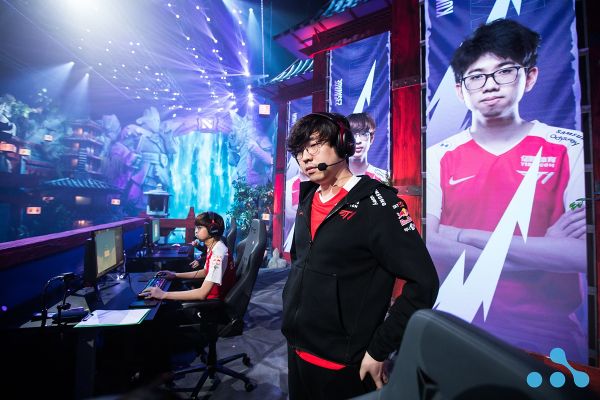 In Defense of the Ancients, March was a notable member of the North American DotA scene. He played for teams such as AzN and all-star team Nirvana.int over a period from 2009 to 2010.

March's first real step into the Dota 2 scene was with the announcement of the first Korean team signing, by FXOpen e-Sports. While the team did attempt to compete in SEA tournaments, they struggled there, getting knocked out early in open qualifiers, and so the team only saw success in the highly secluded and new Korean scene. FXO would win the first Nexon sponsored tournament, Nexon Starter League in convincing fashion, not dropping a single game. Winning this cup would result in March's first trip to Seattle, as the team would be invited, as spectators, for The International 2013. The team went on to dominate other small local cups, until a couple months later FXOpen dropped their sponsorship of the esports organization. The organization would return to their previous name of For Our Utopia, but March would leave the team shortly after, helping form MVP's new team, Phoenix, on November 17th, 2013.

MVP Phoenix's first showing as a team would come in Nexon Sponsorship League Season 2, where March's team would again show that they were at the top of their region. Along with import, and old DotA teammate, DeMoN, the team would sweep all matches on their way to the final, where they would go 3:2 against QO's team, 5 in QO. With their winning of this sponsorship cup, they would be locked out of major local tournaments until the Korean Dota League started a few months later in 2014. 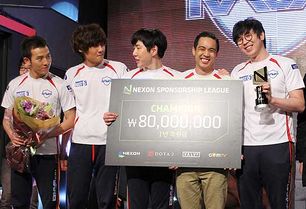 Excitement grew in the global scene, as the Korean teams continued to improve, and in April 2014, MVP Phoenix qualified, with a 13-1 record, to Star Ladder Star Series Season 9, which would be a Korean team's first international LAN. Before leaving for Kiev, the team reached the finals of the Korean Dota League Season 1, where they would go up against foreign team Zephyr. Despite confirming their spot as the best Korean team, Zephyr were able to continue their streak against MVP Phoenix, going 3-0 in the finals, and 5-0 overall in the tournament. From here, they would make their trip to Star Ladder, but despite the hype for Korea's arrival on the international scene, MVP stuttered, not managing to win a single game at the event.

March would take Kiev as a learning experience, and with his return to Korea, he would Lead MVP to new heights, as they took solid control of the Korean scene, taking Korean Dota League Season 2 in convincing fashion. With this success, the team would be granted an invitation to the The International 2014 Southeast Asia Qualifiers. After finishing tied for first in the group stage, the team would go on to finish second overall, good enough for a wildcard invitation the main event. March would be heading back to Seattle, but this time earning the right to compete, instead of simply watching as a spectator. In the wildcard stage in Seattle, MVP drew Virtus.pro as their first matchup, widely considered a heavy favourite. In the matches, March would unveil drafts to the international scene that would become recognized as signature MVP. In both games, they would run an aggressive Io and Bristleback lane, a combination very rarely seen in competitive play outside of Korea, as well as one very out of meta Warlock pick. They would take the series in and upset with two close matches, 2-0, setting up a match against Team Liquid to progress to the main group stage. Liquid appeared to have studied MVP's drafts though, banning out key heroes to MVP's style, leading to MVP to eventually fall to Liquid's aggressive pushing drafts in two games.

With their new internationally recognized play, they would attend IeSF Asian Championships in September as the Korean representative, going on to win the tournament. They would also win the next season of the Korea Dota League in October that year. March would continue his world travels with a trip to DreamLeague in Sweden, i-League in China, and StarLadder in Kiev, and the final season of the Korea Dota League over the next few months. Korean Dota had arrived on the international scene, and March was leading the way.

Their play over the previous few months earned the team an invite to the Dota 2 Asia Championships that year, the largest ever Dota even outside of The International. Unfortunately, this left little time to prepare as a new squad, and the team stumbled, placing last at the event. Shortly after the event, and likely due to the disappointing result, the MVP squads do an internal shuffle, with Heen and Forev moving to MVP HOT6ix, and Febby and kpii coming over to Phoenix. A month later, Reisen went inactive, and NutZ joined the team. This new roster would qualify for the joinDOTA MLG Pro League Season 1, after barely taking the top spot over familiar opponents Rave. At the event itself, MVP outplayed expectations in the group stage, tying powerhouse team and Dota 2 Asia Championships winner Evil Geniuses. The squad would go on to place 4th overall.

The team was later directly invited to The International 2015 SEA Qualifiers, considered as one of the favourites to win alongside Rave and MVP HOT6ix. March managed to captain Phoenix to a 1st-place finish in Group B, but the team was defeated twice by HOT6ix in the playoffs. However, the team still managed to qualify for The International 2015 through Wild Card round, defeating Team Archon and Vega Squadron to secure the final slot at TI5. Phoenix would finish 5th in Group A with a 5-9 record, allowing the team to select either Newbee or HOT6ix as their first opponent in the lower bracket. Phoenix would end up selecting Newbee and eliminated the defending champions, before going on to defeat Team Empire 2-0 in the next round. While Phoenix would go on to suffer a 2-0 defeat to Vici Gaming, the team received significant praise for reaching the top 8. March also gained a significant amount of popularity, in large part due to his powerful roars in post game interviews with Kaci.

In the ensuing post TI roster shuffle, kpii and NutZ left Phoenix and were replaced by MP and Heen. However, the new roster was unable to replicate Phoenix's successful performance at TI5, failing to qualify for multiple LANs and placing 5-6th at the MLG World Finals 2015. March became Phoenix's substitute in late 2015, and on March 22nd, 2016, March announced he would be reporting for his Korean military training and did not sign up with Phoenix for the next major.

Following the completion of his military service, March returned to the professional Dota 2 scene as a coach for Echo International and later Wind and Rain.[1][2] Wind and Rain were able to advance to the Grand Finals of The International 2018 Europe Qualifier, where they were defeated 3-1 by eventual TI8 champions OG. After attending TI8 as an analyst, March registered as a member of marchoutofarmy In the ensuing post TI roster shuffle. The team was comprised of former W&R members Bryle, FoREv and MiLAN as well as Moo, who had recently left compLexity Gaming. The team managed to qualify for the 3rd and final North American spot at The Kuala Lampur Major, which led to their acquisition by J.Storm. After few series of disappointing results, he was removed from the roster, which he founded. After failing to qualify for The International 2019 with Team Jinesbrus, he went to a coach Fnatic.