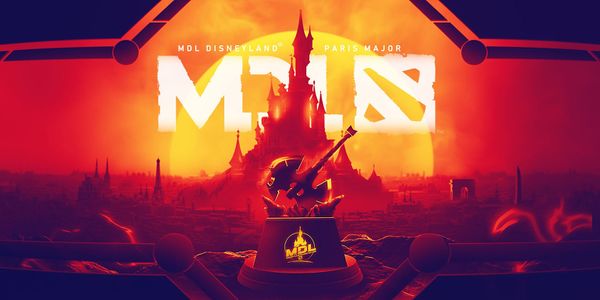 MDL will be hosting their first tournament outside of China ever, and what a venue to pick for this occasion: together with the Disneyland Paris Event Group, MDL presents the MDL Disneyland Paris Major, the fourth Major of the 2018-19 Dota Pro Circuit.[1] At the beginning of May 2019, 16 of the world's best Dota 2 teams will come to Disneyland Paris outside of downtown Paris, France, to secure their portion of the $1,000,000 USD prize pool and the invaluable DPC points to qualify for The International 2019. It also marks the first DotA 2 Major held in France as well as the first esports event in any game hosted by Disney Parks and Resorts since Disneyland Paris hosted ESWC 2010.

The talent for the Chinese Broadcast was announced on April 26th, 2019.[7]

The talent for the Russian Broadcast was announced on April 29th, 2019.[8]

The Observers for the event.[9]

Newsham were removed from TEAM TEAM on April 21st.[11]

tmt were added to the team roster on April 30th.[12]
3 Complexity Gaming released