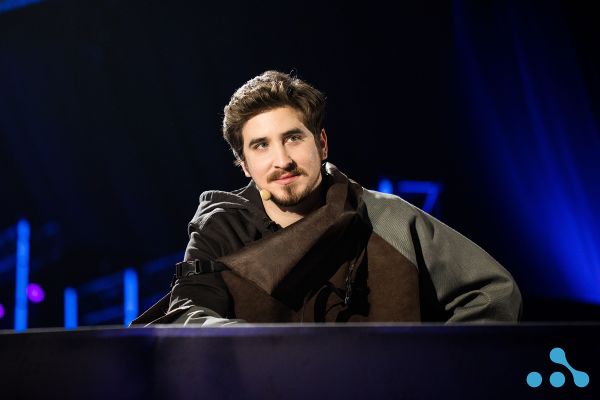 Kyle "melonzz" Freedman is a commentator, analyst, and former American professional Heroes of Newerth and Dota 2 player. He switched full-time to Dota 2 from HoN in mid-2014. He retired from professional Dota to focus on broadcasting after The International 2018.[1] He last played for Arkosh Gaming under the pseudonym Forsaken Oracle.

Kyle "Swindlemelonzz" Freedman got his start in competitive gaming playing Heroes of Newerth. He primarily played for team stayGreen with his brother, Zfreek. Team stayGreen's roster started with Swindlemelonzz, Zfreek, Khezu, Skyzoe, and Sender; they added Chessie and SlickZ when Skyzoe and Sender left. stayGreen went on to win 5 consecutive major LAN titles (with Khezu and Slickz replaced by Limmp and Mynuts after 2 of them), beating fnatic's record and disbanded right after in early 2014. After TI4, Kyle transitioned to Dota 2, where he spent four years at Complexity Gaming before being controversially evicted from the team in early 2018.

Kyle started playing Dota 2 after coming back from his hiatus. He originally put down competitive gaming, but soon grew tired and realized playing Dota 2 was his dream as his former teammate ppd on Evil Geniuses placed third at The International 2014 the year before. He knew he had the skills to be the best so he charged into Dota 2. His brother zfreek put down offers from other teams to join his brother. Together, they went in to the scene and were picked up by Complexity Gaming with the roster of Moonmeander, Riser, Zfreek, Swindlemelonzz, and Limmp. The roster changed with Riser's injury, but the HoN vets proved to everyone that they were a force to be contended with when they 2-0'd the North American Rejects in the TI5 American Qualifiers. At The International 2015, he was featured in a player profile, in tandem with his brother, Zfreek and was placed 9-12th in the tournament.[2]

On March 16th, 2018 Complexity Gaming announced the departure of Kyle, citing the published reason indicating "Personality conflicts within the team were too severe to continue".[3] He later found immediate success as an analyst with the English talent for several tournaments such as DAC 2018, EPICENTER 2018 and the Supermajor.[4] His efforts later awarded him an invite to The International 2018.