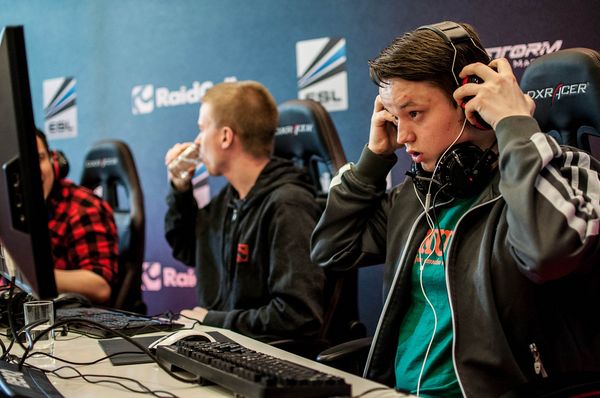 Mikkel "miGGel" Berg is a Danish player who is currently teamless.

miGGel came into Dota after playing World of Warcraft. He has studied web-programming.[1]

miGGel's first appearance in professional Dota was in MYM PriDe #9 with a team called "Kobold Mobility". They reached the top 16 of the tournament.[1]

miGGel made his name in the scene with an all-Danish team called "Mom equals toilet", abbreviated "Met", that started out in Spring 2008. The other players on the team were Smiske, AngeL, MiSeRy, Danishpride and Donald-Duck.[2] They made their name in Spring 2008 by finishing 4th in MYM PriDe #10, and for a brief period they were picked up by a sponsor called "Plus46".[3] They were soon back to their old name however, and continued to achieve notable finishes in top tier tournaments, such as a 4th place at DreamHack Winter 2008,[2] and a 2nd place in Farm4Fame #3[4]. Despite being quite infamous for flaming in their games,[4] Met were nominated for a 2008 GosuAward in the category Team of the Year, and miGGel himself was nominated in the Ganker category.[5] Met were picked up by a sponsor in March 2009 and became "Roskilde Ravens".[6]

As the dominant Danish team Meet Your Makers split up in April 2009, their squad and parts of the Ravens squad merged to form a new Ravens line up, consisting of miGGel, Smiske, AngeL, Maelk, Merlini, MaNia and Pusher.[7] With this reinforced formation they became one of Europe's best teams, as they during the Summer of 2009 finished 2nd at DreamHack, won Pick League XI as well as EMS Season IV.[8]

As the MYM organization was reborn in October 2009 they signed the Ravens.[9] They sent the team to SMM in Malaysia, which at the time perhaps the biggest Dota tournament ever played, boasting a prize pool of approximately €17,500.[10] Despite being tipped as a title contender by several western scene pundits,[10] MYM were knocked out of the tournament immediately in the first group stage. This damaged their team spirit so much that miGGel and AngeL decided to leave the team a few months after the tournament, instead joining "Ducky's Dream Team".[11] The duo would only stay on the team for a few months though, as they took their leave in late April 2010.[12] They both felt the need to play on a less serious level, so they started a team called "Faxe Kondi" with some Danish friends, but the team only lasted for two months.[13]

After the downfall of Faxe Kondi, miGGel and AngeL went on to play League of Legends. They teamed up with three swedes and became one of the strongest teams in Europe, but the two went back to Dota after approximately 6 months.[14]

In December 2010 SyndereN approached AngeL and miGGel to create a Danish Dota team under the name "Shift".[15] They achieved some good results, such as reaching the semifinals of Farm4Fame two times in a row, and were picked up by "Next Evolution ESC", abbreviated "nevo", in June 2011.[16] The team got an invite to The International 2011, but after the tournament they were dropped by their sponsor and changed their name to "monkeybusiness". They continued to play Dota 1 for a few months, reaching the semifinals of ESWC 2011 where they notably beat EHOME in the group stage. Their last tournament would be the Intel Challenge: SuperCup #9, for which they funded their trip privately, and they lost in the finals to M5.[17] monkeybusiness announced their complete switch to Dota 2 in October 2011.[18]

Coming into the tournament as an underdog, nevo were able to beat GosuGamers but lost the rest of their games, finishing 13-16th and missing out on any prize money. The team went back to Dota 1 for a few months under the name "monkeybusiness", but they made the definitive swap to Dota 2 in October 2011.[18] A few weeks later they were picked up by SK Gaming.[19] They went to DreamHack Winter 2011 where they finished 3rd. This was to be their only notable result under the SK tag however, as the organization dropped them in January 2012.[20] This would be the start of an intense period of sponsor switching for the Danish squad. They played for DD.Dota for about a month before being picked up by Quantic Gaming.[21] They stayed there for two months until April 2012, when they were approached by Eclypsia with promises of salaries that would enable them be able to play full-time. The promises proved misleading, and after several disagreements and only a few days they parted with the organization.[22] Their next sponsor would be Copenhagen Wolves by whom they were picked up on the 21st of May 2012.[23] However, this stay would prove to be a short one as the team fell apart a few weeks later, due to some of the players quitting Dota.[24]

miGGel spent the coming months being largely inactive. He was a stand in for the new Copenhagen Wolves line up in August–September and finished second at the Samsung European Encounter with them. He joined as an official member in the middle of September but the team disbanded shortly thereafter. He played as a stand in for Absolute Legends for a while before officially joining the team in February 2013.[25] The squad parted ways with the aL organization in June 2013, but soon found a new sponsor in Flip.sid3 Tactics.[26] In September 2013 miGGel reformed DD.Dota together with teammate MaNia, 7ckngMad and Sockshka from Quantic as well as FATA- from Mouz.[27] He would continue playing for both Flipside and DD.Dota.