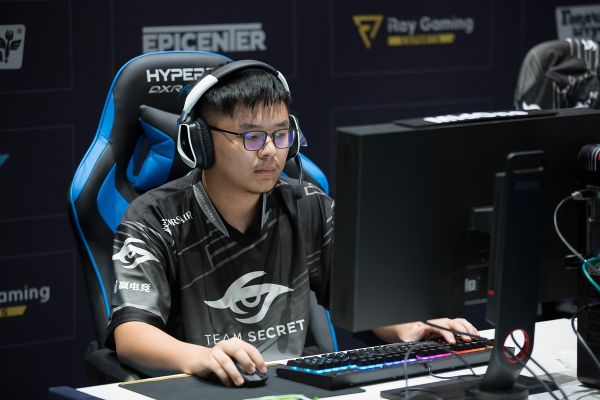 MidOne had a profound interest in video games when he was a child. His first video game he played was Tetris on a Gameboy when he was 3–4 years old and later moved to console gaming playing the Final Fantasy series on the PlayStation 1. At the age of 7 he played his first computer games: Sonic and Rayman before playing venturing into DotA when he saw his brother playing it.[1] His interest with DotA grew and later transitioned into Dota 2 playing in semi-professional teams to professional teams. While becoming the first player from South-East Asia to reach 8000MMR, he is an up-and-coming Dota 2 talent in Malaysia and South-East Asia. MidOne studies mechanical engineering at Multimedia University (Melaka) Malaysia.[2]

Learning DotA from his brother, he kept on playing against him and his cousins in 1v1 matches. Despite losing, he had a competitive mindset and wanted improve and beat professional players such as kYxY. When he was 13 years old he joined a SMM tournament qualifier and came second place and a few years later he joined small tournaments around Malaysia to further obtain knowledge and experience as a Dota 2 player, while at the same time playing on solo matchmaking to improve his MMR.[1] While playing Dota as an amateur competitively, his parents would tell him to stop playing; ironically his friends would tell MidOne to stop studying and take a break, such as Dota.[3] When MidOne later became a professional player his friends and parents showed bipartisan support for him as a professional gamer.

However, tournament losses made MidOne re-evaluate his Dota career and was on the brink of quitting but a tournament emerged and decided to group up with his friends and players forming Team DOT. After a successful qualification in his region, Penang, his team qualified for the main event beating Team GIZMO 3-0 in the grand finals of the 2015 Mountain Dew Dota 2 Challenge earning a prize of RM60,000.[4] After winning the tournament, he later received an offer from Fnatic's manager, Eric and after a number of negotiations he decided to seize the opportunity and join Fnatic.[3] On April 29th 2016, he became the first player to hit 8000 MMR on the Southeast Asia servers.[5] After finishing 3rd place in StarLadder StarSeries S2 and 4th place at The International 2016, his nine-month stint at Fnatic came to an end when he joined Team Secret on August 27th, 2016.[6]

After 3 years and 4 months of stint with Team Secret, his time with the team came to an end on December 30th, 2019. He won 3 DPC Majors - DreamLeague Season 8, The Chongqing Major and MDL Disneyland Paris Major as well as various other minors.