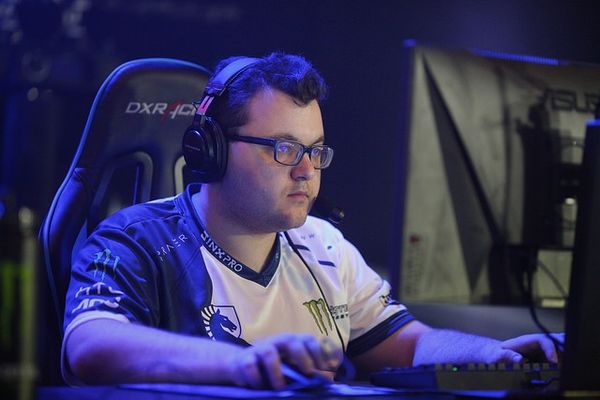 Ivan Borislavov "MinD_ContRoL" Ivanov is a Bulgarian professional Dota 2 player who is playing for Nigma Galaxy.

MinD_ContRoL's professional career started out with Vast Cast, in February 2014, where the team managed to qualify for various small online cups, such as EIZO Cup#11 and the consolation stage of Fragbite Masters 2014. The team was signed by Aftershock Gaming in April that year, where, after a few roster changes, the team managed to win the Insomnia52 ASUS ROG Dota 2 Cup LAN in the UK, and GIGABYTE Challenge#9.

That September, the roster left Aftershock Gaming, and began playing under the name Basically Unknown.

Despite MinD_ContRoL nearly completely rebuilding the team's roster on a monthly basis, the team managed to continually win or place highly in various online cups throughout the Winter, and eventually qualified for DreamLeague Season 3. In March, controversy struck the team, as new teammate Ar1sE released a video that featured private scrim results. Four days after joining, on March 18th, Ar1sE was removed from the team by MinD_ContRoL, but rejoined two days later after a team meeting resulted in deciding to give him another chance.[1] After a disappointing start to Dreamleague, MinD_ContRoL left Basically Unknown on May 5th.

Now teamless, MinD_ContRoL played mostly as a mercenary for other teams. He played a few matches with Oslik Gaming, and then was invited to stand in for Burden United after the team mostly disbanded, to finish up their tournament commitments. The team ended up going on a run through the lower bracket of the Game Show Invitational, finishing second. The roster stayed together temporarily as they were now invited to the Hitbox Challenger by Razer, where the team went on win, going undefeated.

Going into the post TI5 shuffle as a free agent, it was revealed that he had joined KuroKy's new team 5Jungz after they were invited to the ESL One New York European Qualifiers. Joining them on 5Jungz were German mid FATA-, as well as the Finnish duo MATUMBAMAN and JerAx, who played carry and roaming support, respectively. The team quickly made a name for themselves in online tournaments and qualifiers and were soon picked up by Team Liquid[2]. Under the new banner, this team quickly became a fearsome powerhouse in international LANs during their time together in 2016, winning the EPICENTER LAN in Moscow and reaching second place at two Majors (Shanghai and Manila) falling only to Team Secret and OG, respectively. However, a disappointing result at The International 2016 saw two players leave the team in the resulting shuffle. MinD_ContRoL would continue on Team Liquid.

The 2016-2017 competitive season would start slow for MinD_ContRoL and Team Liquid. After failing to qualify for the Boston Major and one more player transfer, Team Liquid found their form again late in 2016 after winning DreamLeague. 2017 saw the team rise back to power in international LANs, winning four back-to-back LANS between May and August 2017, the culmination of which was their victory at The International 2017[3]. At TI7, MinD_ContRoL carried Team Liquid to victory in the Lower Bracket Finals against LGD.Forever Young on his Nature's Prophet.