Not to be confused with Meracle or Mirakel. 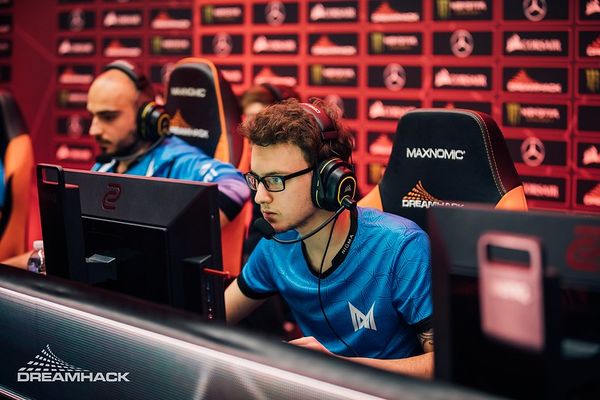 Amer "Miracle-" Al-Barkawi is a Jordanian/Polish professional Dota 2 player who is playing for Nigma Galaxy.

Amer was born to a Polish mother and Jordanian father. He holds dual citizenship.

Miracle- joined Balkan Bears at the beginning of 2015, only to be removed from the team about four months later. While he was teamless, he began gaining recognition in the European scene by climbing the matchmaking rating leaderboards in pub games. Miracle- eventually became the #1 player by MMR in the European division and the world, surpassing w33.

After achieving the #1 MMR ranking, he was invited by N0tail to join (monkey) Business, a new team formed from the post-TI5 reshuffle to compete in the upcoming Majors. The team reformed as OG after being sponsored.

OG qualified for the first ever Dota 2 Major, the Frankfurt Major and managed to win the tournament in an unexpected series of upsets, with Miracle- showing high level performances on Shadow Fiend throughout the tournament. His impressive abilities prompted many other teams to respect ban the hero. After the Frankfurt Major, Miracle- later won numerous tournaments with OG during mid 2016, such as DreamLeague Season 5 and ESL Frankfurt 2016, while also claiming his second Valve Major win at the Manila Major[1]. Despite OG being one of the favorites for winning The International 2016, they exited early in the tournament, losing to TnC Gaming in the second round of the lower brackets at the main stage, marking one of the biggest upsets in Dota 2 history.[2]

Following the International 2016, he departed the team and joined Team Liquid after FATA- announced his temporary break from professional Dota[3][4]. The new competitive season would start slow for Miracle- and his new team, when they failed to qualify for the Boston Major. However, after his friend GH joined the team early 2017, having already stood in for them during their victory at DreamLeague, Team Liquid found their way back to dominance at the top of competitive Dota 2. Together with his team, Miracle- went on to win several premier tournaments throughout 2017: StarSeries Season 3, StarLadder i-League Invitational #2, EPICENTER, and DreamLeague Season 7. Miracle-'s outstanding season culminated in his team's victory at The International 2017[5], where Team Liquid swept Newbee 3-0 in the Grand Finals.