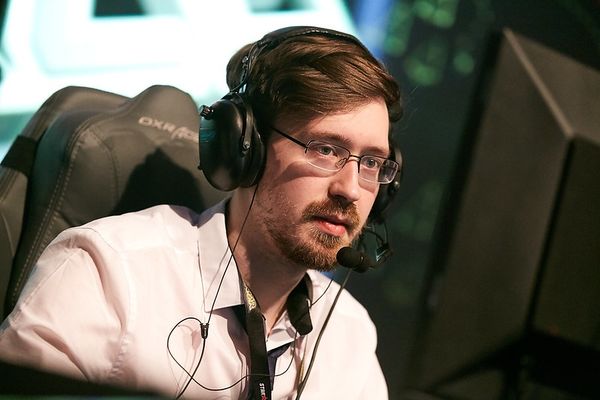 David "Moo" Hull is an American professional Dota 2 player who is currently playing for nouns.

At around 14 years old, Moo was playing Starcraft and was inspired by Root Gaming and their players, "Destiny" and "CatZ" and wanted to become a professional player. While initially playing Starcraft he got bored of the game and turned to other games such as Heroes of Newerth. With the decline of HoN and a few notable players from the game moved to Dota 2, he began to venture into Dota 2.[1]

As a new player, Moo made his mark into the North American Dota 2 scene through solo match making, inhouses and networking. He played in numerous events such as Sunday Evening Cup Series, NEL and FaceIt and rose through the ranks to eventually receive enough attention to get a shot on a pro team. After networking, Moo joined his first team, Root Gaming on May 8, 2015. He later joined Team Fire. Showing promising signs with the new team and after a surprising victory against Complexity Gaming in the grand finals of the ESL ONE New York 2015 American Qualifiers, Team Archon picked up Team Fire.[2] After poor results in the Shanghai Major, Moo added Ritsu and ztok to the finalise the squad due to Valve's roster lock-in rules, but later realized ztok was ineligible to participate in any further Valve sponsored events due to matchfixing with his previous team.[3] While looking for a replacement, an offer was made to him to join another team and Moo made the personal decision to leave Archon and join Digital Chaos.[3] Moo was able to compete at the The International 2016 after defeating Complexity Gaming 3-2 in the finals in the The International 2016 Americas Qualifiers.

After a good group stage placement in The International 2016, Moo later played a vital role for Digital Chaos in the main stage where during the deciding matchup against Evil Geniuses he played Beastmaster and after seeing EG push down the middle lane in the 45th minute, he took two barracks from EG's base and later teleporting back to base using two Primal Roars with the refresher orb ensuring the fight would go in DC's favour.[4][5] In the grand finals he lost 3-1 to Wings Gaming, and after the conclusion of the tournament, he was later replaced by Moonmeander as their offlaner.[6] He later joined Complexity Gaming as their offlaner, to complete the squad.[7]