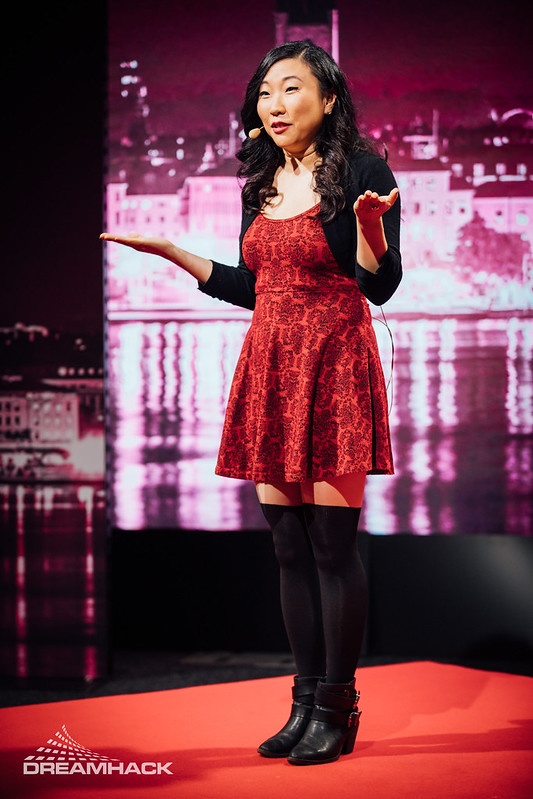 Michelle "Moxxi" Song is an English language caster and content creator for Dota 2, best known for her coverage of the South American scene.

Moxxi became hooked on Dota 2 after witnessing S4's Million Dollar Dream Coil at the International 3, and soon began streaming on Twitch, organising inhouses for her growing viewer base. Moxxi's casual inhouse casts caught the attention of her audience, who began requesting her to cast their amateur tournament games. By 2016, Moxxi was heavily involved in the grassroots Dota scene in America, providing free commentary for online leagues such as NoTA, LD2SL, Requiem Autumn and Echo League.

The following year after being encouraged by a friend, Moxxi entered an amateur caster event called "The Caster Crucible", organised by Moonduck Studios. The Caster Crucible was an alternative stream of the TI7 Regional Qualifiers, where aspiring casters could test out their skills in front of an online audience. Moxxi's performance was a huge hit with viewers, and caught the attention of Moonduck Studios, who offered Moxxi freelance work casting up and coming online tournaments in the CIS region. Moxxi continued to impress, becoming a finalist in Epicenter XL's casting competition, and was later handpicked to be an official caster for the TI8 Regional Qualifiers, only a year after appearing on the Caster Crucible.

After the summer of 2018, Moonduck Studios signed Moxxi as one of their official casters. Since then Moxxi has been able to dedicate herself full-time to casting, and has been involved in multiple high-profile international broadcasts for Dreamhack and ESL events. Moxxi was most notably a panelist and caster on the Dota 2 Pro Circuit in DreamLeague Seasons 10 and 11.