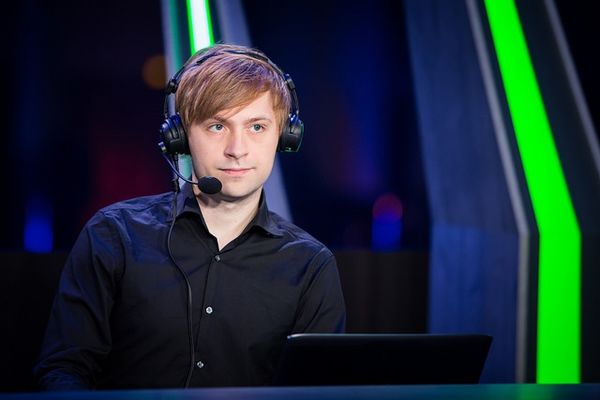 Yaroslav Vladimirovich "NS" Kuznetsov is a retired professional Dota 2 player, currently working as a caster, commentator and analyst for RuHub

Having been in the competitive Dota scene almost since it started, NS is one of the most famous support players of all time. Playing with Virtus.pro when they dominated the scene during 2007, with a lineup consisting of NS, Vigoss, ARS-ART, JoliE and LighTofHeaveN. The team won three consecutive MYM PriDe tournaments and reached the finals of several ASUS Open Cups.

Due to internal problems as well as lack of sponsorship, NS left VP in 2008 to join "Rush3d".[1] In this team he would be joined by former VP teammates ARS-ART, Vigoss and LighTofHeaveN as well as PGG, DeMoN and QWERTY.[2] Together they won three consecutive ASUS Open tournaments.[3] During Spring 2009 the team switched sponsor to the Chinese organization "Platium Sports" and went to China to practice.

NS had a notable stay on DTS, together with ARS-ART, LighT, Dread and God. They finished second at ESWC 2010 and won MYM PriDe #12 as well as some other notable tournaments.[4] DTS dropped their Dota team in March 2011, leaving the squad teamless under the name "Garaj".[5] Not long after, they found a new sponsor in Moscow Five and named "M5.Garaj" the squad won the OSPL Spring finals.[6]

The M5.Garaj squad played together for a good half year, but in November 2011 M5 had to drop the team as they refused to play together due to internal issues.[7] However, only a few weeks after M5 came back with a new roster, keeping NS and God but swapping the other three players.[8] This lineup would not prove to be resilient to the internal issues that plagued many of NS's earlier teams, and only a few months later the team split up again.[9] By February 2012, the former M5 squad were picked up by Darer.[10] NS would not be long in the organization, as him and Dread left in May to instead join Virtus.pro.[11] After some player swapping the team finally found a stable roster by September 2012, and results started showing during the following Winter. Most notably, VP won The Defense Season 3 in March 2013. On November 30, 2013 NS announced that he is retiring from professional DotA 2.[12]