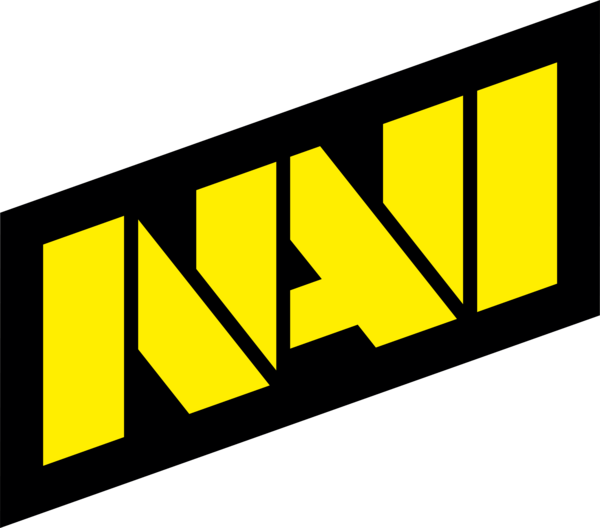 Natus Vincere (Latin: "born to win", often abbreviated as NAVI or Na`Vi), is a Ukrainian multigaming organization which was founded in 2009 as a Counter-Strike team after the collapse of the team KerchNET. They are best known for their results from The International 2011 to The International 2014, during which they won 20 Tier 1 events and made it to the finals of three consecutive Internationals.

Na`Vi's DotA section was created in October 2010 with the pickup of Goblak, XBOCT, Mag~, Deff-, and Axypa.[1] After Mag~ and Deff- left the team, they acquired Danil "Dendi" Ishutin and Ivan "Artstyle" Antonov. The team was later invited to The International 2011, winning it after defeating the Chinese team EHOME 3-1 in the finals.

On June 11th, 2013, Na`Vi picked up an all female team.[2] The organization expanded to North America with their signing of the North American Rejects after qualifying for The International 2014, in June, 2014.[3] On December 5th that year, Natus Vincere announced that they were disbanding Na`Vi.US.[4]

In July 2016, Na`Vi overcame Team Secret 3-1 to win the StarLadder i-League StarSeries Season 2 in the BTS Studios, Los Angeles. This was their first tournament win since 2014, thus ending a 20-month drought of tournament wins.[6]. This mostly helped them to be directly invited to The International 2016, but after a rough group stage, the team placed last again. The roster stayed together for a while, but then, citing internal issues, the roster broke apart. Na'Vi even tried to create a european roster by bringing Pajkatt, RmN-, and Biver, along with their long time player XBOCT as coach, but they still haven't achieved a better result, failing to qualify for The International 2017, the first time ever that Na'Vi won't be attending The International.

After another reshuffle by returning to CIS players once more by bringing in RodjER and the rather untested Crystallize, the team initially started off well, qualifying to some events and even getting 1st place in Adrenaline Cyber League/2017. However, the team unexpectedly had to swap RodjER with Lil from Virtus.pro, and when SoNNeikO left again, Na'Vi brought in their standin LeBronDota. Despite the changes, Na'Vi still didn't perform well, and more internal issues caused them to switch LeBron with Velheor. As The International 2018 approaches, disaster struck as Na'Vi didn't even make it through the open qualifiers.

Realizing they needed a big change, Na'Vi decides to do something drastic by removing Dendi from the roster, the first time in 8 years. Almost completely revamping their roster, only Crystallize stays as Navi brings in SoNNeiko once again, adding MagicaL, Blizzy, and later Chuvash into the roster. Xboct also got replaced by Mag as the coach. As they approach The International 2019, Chuvash would go inactive and filled in with Zayac. After a hard fought qualifier, Na'Vi managed to once again compete in The International, but in the end, they have to settle with last place once again.

After the tournament, Zayac left the team rather abruptly after SoNNeiko got benched. Na'Vi then tried a myriad of players in hopes to form a stronger roster, from newcomers like Illias, So bad, Immersion, and Young G, to veterans like CemaTheSlayeR and 9pasha. In the end, Na'Vi opted to take the roster of FlyToMoon into their own, and after some formidabble results, officially made V-Tune, Iceberg, GeneRaL, RodjER, and ALWAYSWANNAFLY into the roster.