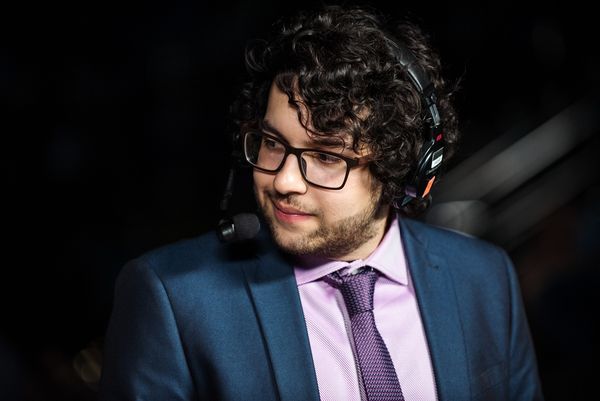 Jared "Nomad" Bajina is an English language caster and host from the United Kingdom. He has also worked as a reporter.

Nomad arrived on to the scene in November 2017 where he started casting joinDOTA League S11, and quickly went on to work with many different studios online, as well as attending local events such as ESL One qualifiers at the joinDOTA studios in Berlin and attending the EPICENTER XL Major LAN in Moscow as one of their casting competition winners.

Nomad has contintued to work with ESL and started hosting and casting the B-stream from their studios in Cologne and Berlin. Nomad also attended TI9 in Shanghai, China as a reporter, interviewing players, talents and audience members.

Starting out as a duo with MoFarah, Nomad has started working with many different cocasters, including Trent, Tsunami, 1437, Kipspul; and more recently Misery and SabeRLight- whilst still often casting with MoFarah.