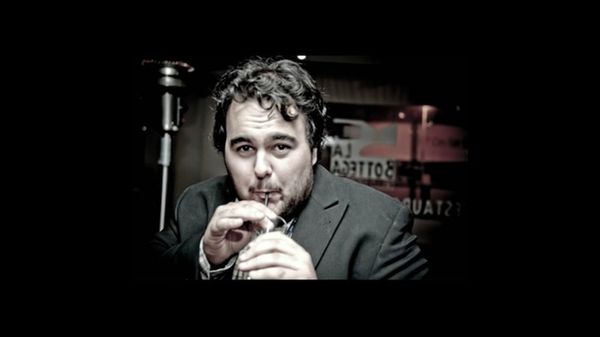 Ben "Noxville" Steenhuisen is a South African Dota 2 statsman, doing in-game statistics, production statistics and talent preparation for various events including The International 2015, The Frankfurt Major and The Manila Major. He works as a software developer at an esports data & analytics company.

During 2011 and 2012, Ben worked as a commentator for DotA and Dota 2 in South Africa's top competitive tournaments, and as a freelance journalist for various South African websites, as well as ESFI. He continued to do commentary of local South African tournaments until moving to Germany in May 2016.

Ben started working with datDota shortly before The International 2013, doing event outcome modelling and TI3 fantasy team optimizations. Using these models, he successfully earned a 340% return on investment from TI3 cash betting. After this, he got involved further with datDota, suggesting improvements to the site and designing new features for the site.

In early 2014, upon a request from scantzor (the then editor of 2P.com), he built an independent site that tracked team performance for only professional matches (which datdota tracks). This was in contrast to existing Gosugamers and joinDota rankings which used all matches involving professional teams. These rankings formed the core of much analysis on the now defunct website 2P.com. The statistical power rankings which were listed on the site were used in various tournaments for initiate seedings; as well as by various journalists as a metric to track team performance.

Towards the end of 2014, a huge number of new metrics were added to datDota and to the tracking site - including looking at Factional Advantage and Hero Performance in a manner which was normalized for team strength. This became the basis for further analysis into hero balance, in a way which was time and patch insensitive. Scant and Noxville began preparing "stats bibles" for the casting studios, as a method of quick preparation for big LAN events in the busy schedules that the casters had. These guides (example guide) began as simple single-page documents, but over time grew to be complex insights into the teams and their recent trends.

In 2015, after working for DreamLeague and The Summit 3 doing in-game statistics, Noxville was invited to The International 2015 to be the English Statsman for the event. After this, he was invited by ESL to the Frankfurt Major, ESL Manila and ESL Frankfurt; and by PGL to work with their production for The Manila Major.

After the founder of datDota announced his retirement in 2016, Ben was given the task of recreating and optimizing the site for the Dota 2 stats community.

In 2016, he moved from Cape Town, South Africa to Berlin, Germany to be closer to esports events and make attending them more accessible.