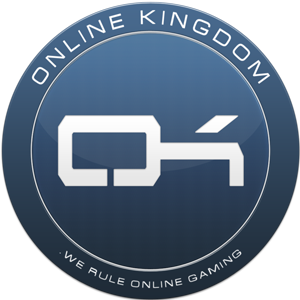 Online Kingdom was an investor-based Portuguese organisation, which hosted a number of high-profile eSports teams for different titles, including Defense of the Ancients, Heroes of Newerth, and Counter-Strike.

On March 2nd, 2011, Online Kingdom together with Chinese gaming organization Nirvana jointly announced that they had joined together in order to create one of the strongest gaming teams in the world. The roster of this new team, playing under the OK.Nirvana.cn flag, included Chinese players such as Banana, Hao, Sag (NEO), Crystal (FCB) and DGC.[1]

On August 11th, 2011, prior to the big Dota 2 unveil and million dollar tournament The International at Gamescom in Germany, Online Kingdom announced the team that would participate at the tournament under the then OK.Nirvana.int flag, featuring veteran DotA counting captain Clinton "Fear" Loomis as well as Saahil "Universe" Arora, Raciunescu "ComeWithMe" Alexandru, Dominik "Lacoste" Stipic, Theeban "1437" Siva as well as carry player Per Anders "Pajkatt" Olsson-Lille, who got the official world first rampage in Dota 2 at the tournament, despite the teams somewhat unexpected demise in the lower bracket against Russian team Moscow Five.[2]

In November 2011, the management decided to dissolve the company after the Managing Director announced that he would be retiring from eSports.[3]