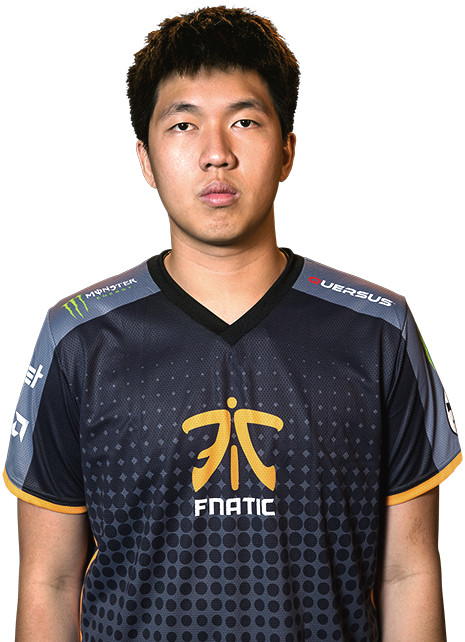 Khoo "Ohaiyo" Chong Xin is a Malaysian professional Dota 2 player who is currently playing for 496 Gaming.

Ohaiyo's first major team in professional Dota 2 was MUFC. In his short stint with MUFC, he was able to place second to a strong LGD.cn squad in The Asia 2012. Granted it was one of the smaller tournaments around with only one of the big Chinese dota squads participating, but beating out teams like Orange, MiTH and Zenith was no small feat. The winter of 2012 - 2013 resulted in a large shuffle of players in the SEA scene and Ohaiyo was not immune to this event.

On January 25, 2013 Orange announced a new partnership with Neolution and Ohaiyo was signed to Orange Academy as a part of this deal.[1] Ohaiyo was brought in from the Orange Academy to fill in for Mushi when Mushi decided to take a break from DotA.[2] Since this partnership, Orange has had polarizing results in tournaments. One day they would appear unstoppable, even able to challenge the uncontested #1 team in the world, Invictus Gaming and on the next day they could get 2-0'd by a tier 2 Chinese squad like Rising Stars. In the GEST Challenge Season 1 March, spectators were presented with one of the strongest showings a team has had all year. Ohaiyo with his new Orange squad not only won the 4 man tournament, but did not drop a single game. They went 5-0 against the likes of LGD.int who were still coming off their hot run in the G-League and were probably the favored team to win this tournament. Ohaiyo also showed his old team, MUFC, that he made a good decision in switching squads when they 2-0'd them in the March Season 1 GEST Challenge. Orange was one of the teams invited to The International 2013 and Ohaiyo made the cut for the 5 man roster over Kecik Imba.

During The International 2013, Ohaiyo was widely regarded as one of the most impactful players of the entire tournament. He made many notable performances on his signature heroes such as Nature's Prophet and Dark Seer during the tournament as his team, Orange ended up taking third place in the entire tournament, losing 1-2 to Natus Vincere in a dramatic Loser's Bracket Finals.

After The International 2013 and Mushi's departure from Orange, it was announced on the 21st of September that the remaining players were leaving Orange and the four active players moved to Titan[3][4].

Ohaiyo along with the other 4 members of Orange that were remaining, teamed up with YamateH in a new team, Titan. The team quickly became one of the strongest, if not the strongest team in the Southeast Asian region after winning many SEA tournaments. Despite this however, the team did not perform too well in international and premium-level tournaments. Overall, they managed to earn the sole invite to The International 2014 for teams from the SEA region.

Ohaiyo along with Titan finished the group stages of TI4 with a record of 8-7. They were placed in the first round of Phase Three of The International 2014 against Newbee. Despite winning game 1, Newbee knocked Titan out of the tournament with a score of 2-1 as Newbee went on to become the eventual tournament winners.

In the aftermath of The International 2014, the four former members of the successful Orange team in TI3 which included Ohaiyo left Titan to form Team Malaysia with Mushi. The team went on a long win streak in SEA tournaments but despite this, Mushi left the team in November. Ohaiyo remained on the team but Team Malaysia did not produce the same results as before and by 2015, had disbanded thus leaving Ohaiyo teamless.

There were rumors in 2015 that EHOME were reforming in China, and that Ohaiyo, Mushi and 3 members of LV Gaming (END, Inflame, and ddc) were going to become a new resurrected EHOME squad. At first Ohaiyo along with Mushi played as stand-ins in LV Gaming, winning Dota 2 League Season 5. After this, the rumors became true as the team formed in preparation for the Dota 2 Asia Championships which contained the largest prize pool in history outside of The International. After an 8-game win streak in the DAC Asian Qualifier, the team managed to qualify for the tournament. They finished the tournament 9th-12th after being knocked out by Cloud9.

After the Dota 2 Asia Championships, a great Chinese reshuffle happened. EHOME ended up forming two squads, one being Chinese and the other Malaysian. Ohaiyo joined the latter squad with Mushi as well as kYxY, Kecik Imba, and JoHnNy under the banner EHOME.my. The team were dropped from the organization less than a month after formation however, but continued to play under Team Malaysia. During this time, Team Malaysia went on a 16 game win streak after beating many teams in both SEA and the rest of the world and earned the sole Southeast Asian invite to The International 2015. The team was picked up by Fnatic shortly after.

During The International 2015, Fnatic finished the group stages with a disappointing 7th place out of 8 teams in their group after not winning a series against any teams, thus placing them against Virtus.Pro in the first round of the lower bracket in the main event where they were eliminated from the tournament.

Fnatic had greatly reshuffled after their disappointing TI5 performance, but Ohaiyo remained on the team. However, with new players coming in, role changes happened within the team and Ohaiyo transitioned from his traditional offlane role to a semi-support role. Despite Fnatic looking promising for the new and upcoming Frankfurt Major, the first Major in Dota 2, the team failed to place high and more roster changes were made, including Ohaiyo's short stint as a semi-support being changed back to his traditional offlane role.