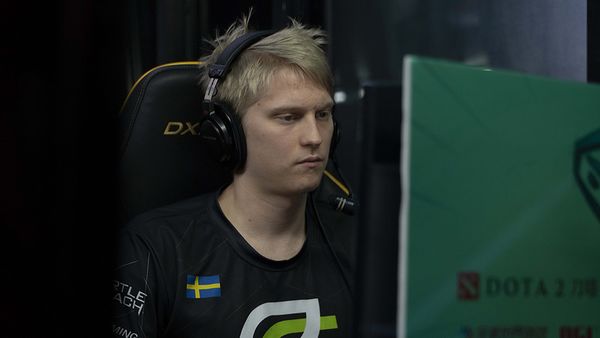 Pajkatt established himself in the DotA scene as a player for Xeo Divine in 2009. His first top team was "Ben's Fuck Buddies",[1] but he only played with them for a few weeks.[2] He continued to stand-in for a bunch of teams over the next months, and in May 2010 he finally joined "Ducky's Dream Team" on a permanent basis.[3] He played ESWC with the team but then proceeded to join players like KuroKy and Puppey in a sequence of teams, most notably GGnet.[4] His last team in DotA was OK.Nirvana.int with Fear, ComeWithMe, Lacoste and a few others.[5]

Pajkatt transitioned to Dota 2 together with his team OK.Nirvana.int in time for The International 2011.[6] They finished at 7-8th place in the tournament, and Pajkatt notably had the highest average gold per minute over the whole tournament of all players.[7]

Two months later Evil Geniuses announced the recruitment of a Dota 2 squad, with Pajkatt being a part of it together with Fear, DeMoN, MiSeRy and PlaymatE.[8] The team would be sent to China for a two-month bootcamp to improve and compete with Asian teams.[8] After the homecoming Pajkatt left EG to instead join his old teammates and countrymen Loda, Akke and Mirakel in eXperience Gaming, abbreviated xP.[9] They were picked up by Counter Logic Gaming in February 2012.[10] Under this flag they got many good results, they won BeyondTheSummit World Tour and finished runner-ups in The Premier League Season 2 and ProDOTA World League Season 1.

On October 16th 2012, it was announced that Pajkatt would be joining LGD.international, along with Brax, MiSeRy, 1437, and God.[11] Their first result as a team would come in December, when they won Gigabyte E-Sports Tournament after beating their sister team LGD.cn in the finals. In March 2013 they lost a hard-fought final of the G-League 2012 Season 2 to invictus Gaming.

On December 13th 2013, citing communication issues and failing to renew his visa, he announced his departure from LGD.international.[12] Pajkatt went on to join mousesports on May 13th, 2014 where they achieved, most notably, a 4th position finish in Asus ROG DreamLeague Season1, where they lost 0:2 to Team Empire. In The International 2014 they went out 11th - 12th to Newbee who went on to win the tournament. In the post TI4 player shuffle, Pajkatt remained on Mouz but banded up with qojqva, SingSing, EGM, and BuLba to form the star-studded Team Tinker, a 'temporary' team created to participate in i-League Europe-Americas qualifiers.