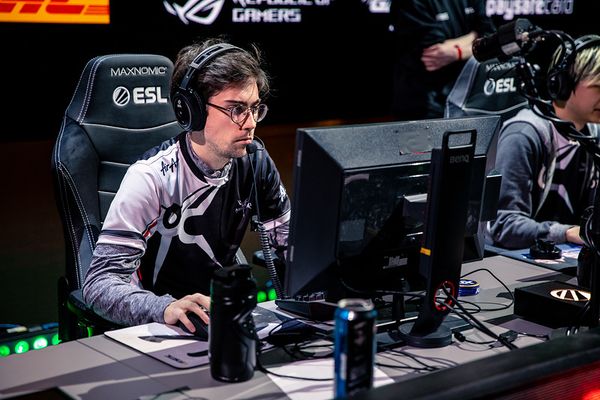 Johan "pieliedie" Åström is a Swedish professional Dota 2 player who is currently playing for Team SMG.

pieliedie started playing WarCraft 3 in 2005.[1] He started playing Dota with online friends in a team called "Gvision".[1] Some of the other players on the team over time included SK Gaming's "Bogdan" and "zoN-", as well as BenTzeR and pepp3, famous from mTw in Dota 2.[2] They were quite successful and achieved a 4th place at Farm 4 Fame #2.[2] Later the team was picked up by an organization called "eSports-United". However, after DreamHack Summer 2009 some of pieliedie's teammates were quitting Dota so he decided to do so as well.[1]

pieliedie started playing Dota 2 in January 2012.[1] He was scouted by asuna in a pub game, who approached him to join a team he was creating, Kaipi. A few months later, FATA- and paS joined the team and in November 2012 they achieved 2nd place in GosuLeague Season 4.

The Kaipi roster did frequently change, and pieliedie was the only player who was on the team during its entire life. September 19th 2013, the Kaipi team was bought by RaTtLeSnAkE, who invested $200,000 into salary, a gaming house, equipment and travel fees, to make Kaipi play under the RaTtLeSnAkE.int tag.[3] The team was later renamed to Speed Gaming to provide a more solid identity in the Dota 2 community.[4] Because of issues with their manager, the team left to join the Cloud9 organization.[5] In the weeks before the Dota 2 Asia Championships, it was revealed that pieliedie would no longer be playing with Cloud 9,[6] although he still remained on contract with the organization.[7] He was later seen playing for both MeePwn'd and Team Tinker. On May 8th, 2015, mousesports officially signed pieliedie and the rest of Team Tinker.[8][9] After two months of Team Tinker, Mousesports decided to sponsor the team.[10] However, after a short period with the team and failing to qualify for The International 2015, Mousesports parted ways with the team, leaving PieLieDie waiting until the transfer period after the conclusion of TI5 to form a new team.[11] He later joined Team Secret on the 22nd August 2015[12] and showed initial success with winning MLG 2015 World Finals and Nanyang Dota 2 Championships Season 1 and finishing runners-up in Valve's first major, Frankfurt Major 2015 and ESL One New York 2015. However over the winter-period of 2015-16 his team saw a drop in form.

With Team Secret not in their best form, many were speculative on their performance of the upcoming Shanghai Major 2016. However showing a decent groupstage, Pieliedie's virtuoso performances as a support with Lion and Io[13] at the mainstage led his team all the way to the grand finals, beating previous major winners OG 3-1 to win the tournament and was awarded MVP.[14] However immediately after the tournament saw the departure of w33 and MiSeRy, with Arteezy and UNiVeRsE as the replacements.[15] Pieliedie and his team fell in a slump of form even with the addition of Bulba despite making through the The International 2016 from the open qualifiers, where in the tournament he placed last place.