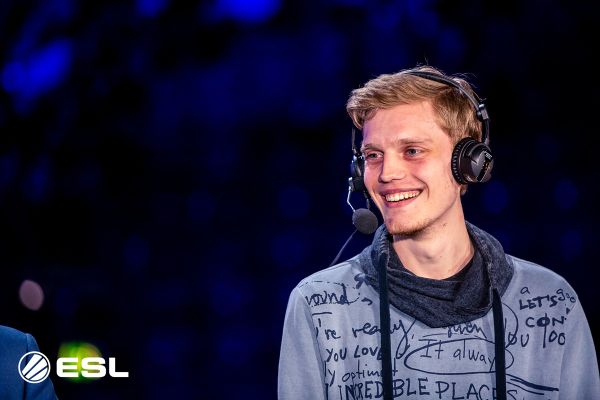 Jonathan "PimpmuckL" Liebig is a Dota 2 observer and producer for Moonduck and has been involved in several tournaments in the DPC as a member of the production team.

Jonathan's first roots of DotA began when he was in high school when his friends introduced him to Warcraft III, later to custom games on Battle-net and consequently DotA. While studying he developed a deep interest in DotA and said Sleep, School, DotA, repeat was his daily routine. His alias, PimpmuckL came from the combination of two television series names, first with from German television was a TV series for Kids with the name Pumuckl -a small imp that was careless but liked to have fun) and the second was the MTV show, Pimp My Ride. With sudden interest, he decided if I could Pimp (the Pumuckl) it would be a good nickname.[1]

With DotA's sequel emerging, he transitioned into Dota 2 and began watching thousands of hours of Dota 2. Starting off casting tier 2-3 games covering South-East Asian Dota 2 content for DotaTalk TV on his twitch and hitbox channel, PimpuckL's beginnings of casting came from a happy accident when the caster "Lily" suffered a blue screen and for the production to continue smoothly, he volunteered to continue to cast the game until she got back.[2] Whenever Lily had a technical problem, Jonathan would unmute himself and cast the game until she came back. Since then he has developed a further fanbase in the community through his production and casting at BeyondTheSummit, moonduck.tv and at premier events such as The Frankfurt Major and The International. While producing, he is a student at RWTH Aachen University currently finishing his bachelor's degree in computer science and is very responsive in the Dota 2 reddit page.[3]

While casting at DotaTalk TV, his channel chat began to show some praise for his performances while Lily had technical problems. He later continued to pursue with casting and was invited to the TI4 Qualifiers Hub and later attended his first LAN event of Excellent Moscow Cup Season 2 later that year. However, since then he decided to focus more on being an observer and with production.

PimpmuckL currently has provided guides and tutorials below: