As chance would have it.

The base and incremental chances were precalculated and accessed from table because the calculations needed to produce those chances for each probability under PRD are taking up much more processor runtime than those for the same probability under standard random distribution. The values in Warcraft 3 were in 5% steps and, curiously, incorrect for chances of 15% and higher. These errors increase for each step and become noteworthy from 35% onward. It is assumed that these errors were ported over to Dota 2 for parity reasons.

The following graphics show how the distribution for a 15% chance differ between PRD and standard random distribution. 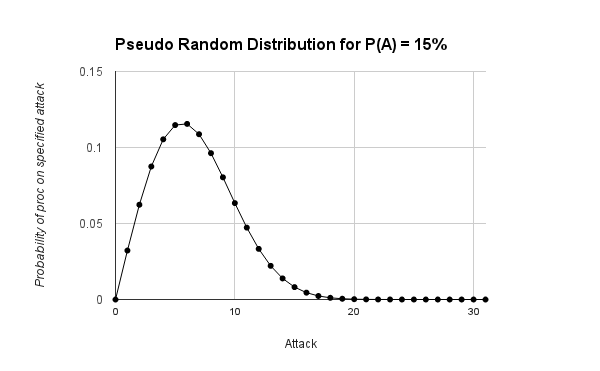 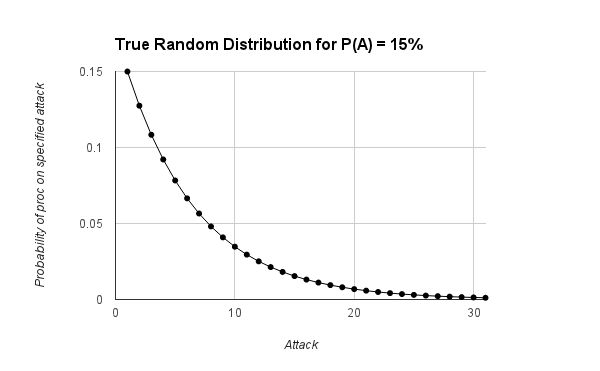