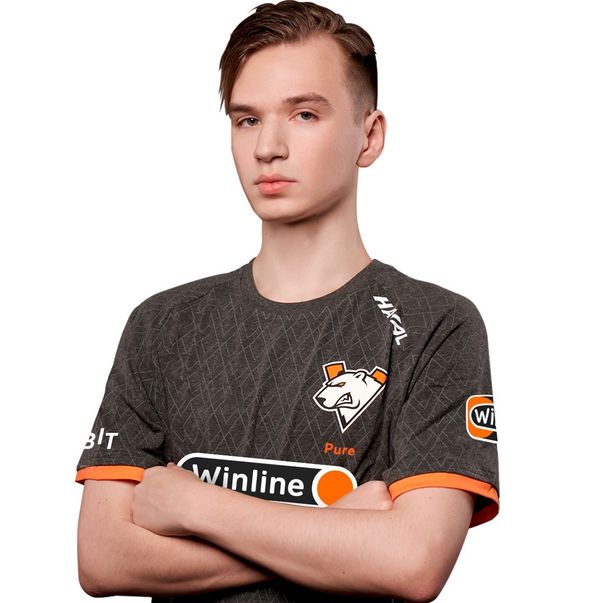 Pure entered the competitive scene in 2021 when he was announced as the new carry player for Virtus.pro after climbing the EU leaderboards and reaching 11,000 MMR. Prior to this, he had little competitive experience outside of qualifiers and monthly tournaments.

On 29th April, 2022, Virtus.pro were disqualified from the DPC EEU playoffs after Pure appeared to draw a Russian militarist symbol on the minimap during a pause.[1] The following day, he was released from his contract with the team. [2]