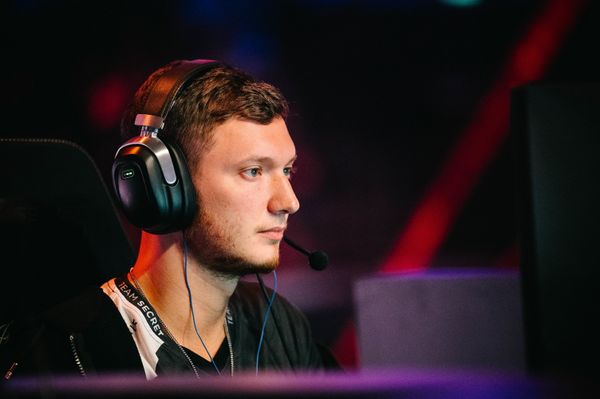 After some impressing results with iCCup (later Terrible Terrible Damage as they lost their sponsor) Resolut1on began to attract the interest of bigger teams. Ultimately Virtus.pro picked him up as they rebuilt their roster in the post-TI3 reshuffle.[1] Two days after leaving TTD he played with them as a stand-in at 2013 Techlabs Cup August, which they won, claiming $5,000.

When joining VP he would switch from playing the mid (2) role, to instead play carry (1), as the mid role was occupied by God.[2]

Resolu1ion's time in Virtus Pro would prove short, as he would part ways with the team after an early elimination at StarLadder StarSeries Season 7.[3] After this, Resolu1ion would go on to join Team Empire,[4] which he would spend the next two years of his career with. The team showed a high amount of potential, getting second at StarLadder StarSeries Season 9 and winning the Excellent Moscow Cup and Dota Champions League Season 3. Team Empire would later go on to be one of the invited to The International 2014, where the team suffered a disappointing finish at the group stages.

Nonetheless, the team returned to form by winning the Excellent Moscow Cup 2 and StarLadder StarSeries Season 11. Over the course of the following spring, they achieved first-place finishes at joinDOTA MLG Pro League Season 1 and Dota 2 Champions League Season 5 as well as a second-place finish at MarsTV Dota 2 League 2015 Spring, defeating many favorites of the succeeding International. In their peak once more, Team Empire was once again invited to The International 2015, to once again suffer a disappointing finish at bottom half of the tournament. The team's loss continued to linger as Empire failed to qualify for premier events, including The Frankfurt Major and The Shanghai Major.

After the team's failure to qualify in Shanghai, Resolu1ion left the CIS region and Team Empire for North America, joining Digital Chaos.[5] The change immediately proved costly as Digital Chaos had failed to make any notable wins, and the team faltered in qualifiers. After the team failed to qualify for EPICENTER 2016 the entire roster of the team except for Resolu1ion was replaced. With rosters shuffling rapidly to meet the new roster lock, Digital Chaos was barely able to meet the cut-off, recruiting Moo, whose Team Archon had collapsed due to ztok's ban by Valve, Misery and w33, who were kicked by Team Secret during the shuffle, and Saksa, after the collapse of Mama's Boys.[6] Resolu1ion would then shift from mid to carry to fit the team.

The team proved deadly during the qualifiers of North America, and Resolu1ion began qualifying once again for Premier events, however they struggled at LAN events and finished second-to-last at The Manila Major and The Summit 5. During The International 2016, however, Digital Chaos shocked the scene by crushing the loser's bracket after being sent there by eventual winners, Wings Gaming, and the team finished 2nd. As the year progressed, the team held better results with upper half finishes at The Boston Major and winning ESL One Genting 2017. The peak would not last long, however, and the team began faltering at StarLadder i-League StarSeries Season 3, finishing bottom half.

Eventually, Digital Chaos's co-founder, Sunsfan left the organization,[7] with Resolu1ion and the squad following suit shortly afterwards.[8] The squad would later go on to form Thunderbirds, and the team competed at The Kiev Major, only to be eliminated immediately in the main event by Evil Geniuses. After the major, the team qualified for EPICENTER 2017 and were subsequently signed by Planet Odd,[9] although they failed to make it out of the group stage at the main event. They failed to qualify for The International 2017, and after reaching second place at DreamLeague Season 7 the team disbanded.

Although originally attending The International 2017 as a member of the Russian panel, Resolut1on stood in for his former team, Team Empire, after Chappie had failed to acquire a visa in time. The team outperformed expectations and finished top 8, falling at the hands of eventual winners Team Liquid. Resolut1ion's time as a free agent would be short, as he was immediately recruited by OG to replace ana, returning to the mid role he played for the first half of his career.

In early November 2021, he announced he won't playing the 2021/2022 DPC season.[12] Though he joined Team Secret in early August, replacing iceiceice after playing with the team at Riyadh Masters 2022 as a stand-in.