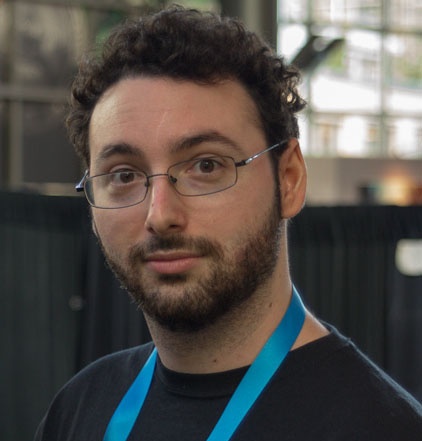 Shannon "SUNSfan" Scotten is a caster and content creator working at DotaCinema and MoonduckTV. He was the co-founder of Digital Chaos.

Shannon started out as a caster back in HoN as a part of the casting trio, GLHF Casting.[1] When Dota 2 came out he put his casting career on hold and started producing original content as a co-owner of DotaCinema. Under DotaCinema, SUNSfan hosts multiple series such as "Fails of the Week", the "Weekly Workshop" and multiple guides and hero highlights. However, in 2014 Shannon got back into casting again and has casted with SyndereN for major tournaments such as XMG Captains Draft Invitational and the The International 2014 qualifiers.

SUNSfan was later officially invited to TI4 as a personality and a caster.[2] After the International 2014, SUNSfan later casted for the Dota Asian Championships 2015. After TI5, SUNSFan founded the team Digital Chaos. At August 2015, SUNSfan was announced to be among the members of the newly formed moonduckTV. While SUNSfan would progressively cast less to focus on managing Digital Chaos and DotaCinema, he still appears numerous times during the agency's podcast, "What the Duck" to discuss topics ranging from Dota-related issues to personal banter.

On the 6th April 2017, SUNSfan announced he would leave Digital Chaos, amid rumours of conflict within the organisation, but these claims have not been confirmed. He mentioned in his departure that he would continue to affiliate with Dota 2 and esports with upcoming projects.[3]