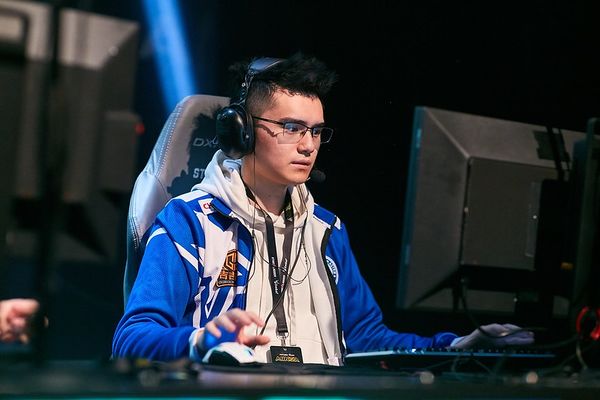 Sccc began his professional Dota 2 career in 2015 as part of Newbee Young.[1] The team participated in many qualifiers throughout the early part of 2015 but failed to make an impact, often placing last or near-last. Sccc and Newbee Young received a direct invitation to the TI5 Chinese Qualiifer, but once again failed to advance past the first stage of the qualifier. Newbee Young underwent a number of player changes around Sccc following the conclusion of The International 2015. Newbee Young would receive an invitation to The Frankfurt Major's Chinese Qualifier, where Sccc led his team to a 3rd-place finish. Although the team initially did not qualify, Invictus Gaming withdrew from the tournament due to visa issues and were replaced by Newbee Young,[2] giving Sccc his first chance to play on the international stage. Following a 13th-16th-place finish in Frankfurt, Newbee Young shuffled its roster once again. Sccc remained the centerpiece of the team as they exchanged player after player through a string of subpar qualifier and tournament results during the remainder of the 2015-2016 season.

Sccc got his big break following The International 2016, when he was promoted from Newbee Young to Newbee's main squad.[3] Along with newcomers uuu9 and Faith, Newbee began posting results almost immediately as they placed 2nd at both MDL 2016 and the Nanyang Cruise Cup. These placements along with a number of qualifier victories secured Newbee and Sccc a direct invitation to The Boston Major. In Boston, Newbee performed well during the group stage but suffered an upset and were eliminated in the first round of the playoffs at the hands of eventual runners-up Ad Finem. The team persevered, however, and in the following months secured back-to-back victories in seasons 2 and 3 of the Dota2 Professional League as well as 2 more runner-up placements at China Top 2016 and ESL One Genting. Newbee received a direct invitation to The Kiev Major, but once again were eliminated in the first round of the playoffs.

Newbee struggled slightly in the aftermath of The Kiev Major, failing to qualify for both The Summit 7 and EPICENTER 2017, but Sccc and the rest of the team bounced back in LAN play at The Manila Masters, where they placed second. The very next week, Sccc secured his first LAN title as Newbee defeated Team NP at The ZOTAC Cup Masters. This victory along with Newbee's subsequent victory at Galaxy Battles secured the team a direct invite to The International 2017.

At TI7, Newbee had a strong showing and climbed to second place in their group, securing them a spot in the upper bracket of the main event. At the main event, Sccc had breakout performances on his signature heroes Queen of Pain and Outworld Devourer and led his team past Evil Geniuses, Invictus Gaming, and LGD.Forever Young in order to secure a grand finals berth. However, the team fell short in the finals and lost 3-0 to Team Liquid.