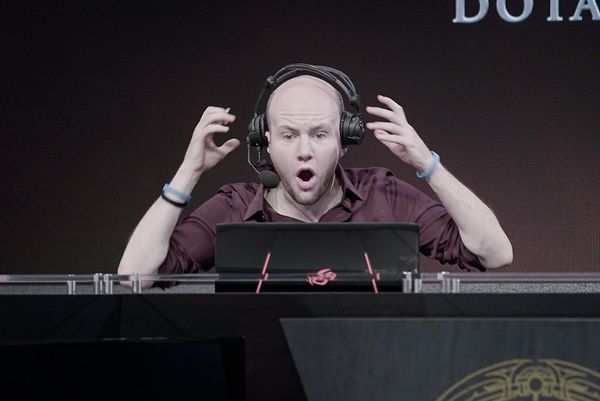 Shane "Shaneomad" Clarke is an Irish Dota 2 streamer, content creator, tournament organizer, panelist, and caster. He is known for his work on panels such as multiple Dreamleague seasons and The International 2016, as well as being a popular English speaking streamer on Twitch. Shane is also well known for his work for the Irish Dota 2 scene, mainly focusing on a yearly LAN called "IreLAN".

He is also a member of "BaldBoys Studios" along with Pyrion Flax.

Shane started off working with The GD Studio's and its events but has, since its dissolvement, continued to work with companies such as DreamHack to provide coverage of their Dota 2 tournaments. During times where he is not hosting/casting a tournament Shane is a full-time streamer on Twitch.TV, where he is the only professional Dota 2 streamer from Ireland. Shane has become famous for a highly interactive stream and cosplaying heroes like Io and Crystal Maiden.

In both 2014 and 2016 Shane got an invite to be a caster and panelist for The International, thus becoming the only Irish personality invited to a TI. On the 8th April 2017, Shane joined MoonduckTV as a talent.[1]