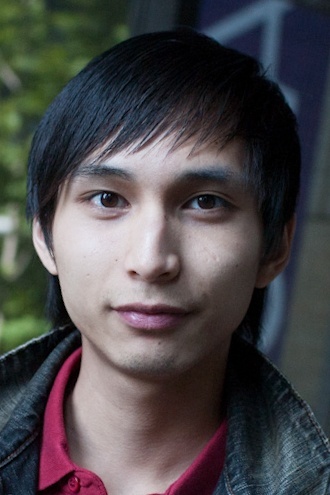 Wehsing "SingSing" Yuen is a retired professional Dota 2 player from the Netherlands.

Before he played Dota 2, SingSing played StarCraft II, Heroes of Newerth, and DotA.

SingSing started off by streaming early when he received early access to the Dota 2 Beta. His often troll-oriented streaming got the attention of viewers and he became one of the most watched streamers. In December 2011 SingSing, along with his teammates in what used to be called "EBIN", got picked up by mousesports,[1] quickly getting results by winning two events hosted by The GD Studio. After a roster changed, the team place 3rd in the West Qualifier for The International 2012. However MUFC was unable to attend the event due to last minute issues and mousesports took their second chance by beating World Elite in a last minute qualifier.[2][3]

After The International 2012, it looked like SingSing would stay with mousesports for a long time. But in October 2012, it was announced that The GD Studio would sponsor the team's trip to Star Ladder Finals after mousesports decided to part ways with the team members.[4][5] SingSing then represented The GD B-Team for the tournament but it was made clear that this was a one time thing and the team would have to find a new sponsor. After briefly calling his team Zero,[6] SingSing left in early November 2012. On December 31, he announced a new team of his.[7] On February 1st, QPAD's Facebook announced a new team, the QPAD Dragons (later changed to Red Pandas), containing both SingSing and Wagamama as core members.[8]

Shortly after The International 2013 he joined Kaipi, who he previously played for as a stand-in.[9]

Kaipi was picked up by the international organization RattleSnake and formed RattleSnake.int.[10] The team was later renamed to Speed Gaming, to give it a more solid identity throughout the community.[11] Following issues with their manager, the team left to join the Cloud9 organization.[12] On August 13th, 2014, SingSing left Cloud9 to join a new team,[13] while playing for Team Tinker for i-league.[14] Following a string of disappointing results, SingSing departed Team Tinker in February 2015.[15] He went on to form a new team, Burden United, to participate in the ESL One Frankfurt 2015 qualifiers.[16] After failing to qualify for The International 2015, Burden United disbanded and SingSing was left teamless.[17] Singsing returned to his former team Kaipi on 14th March 2016.

After falling short in the Boston Major American Open Qualifiers, SingSing announced his retirement during an interview, where he cited that the open qualifiers would be his last tournament.[18]

After his retirement as a professional Dota player, SingSing focused back on streaming, where he had entered a partnership with Cloud9 in January 2016.[19][20]

Artillery of the Crested Cannoneer