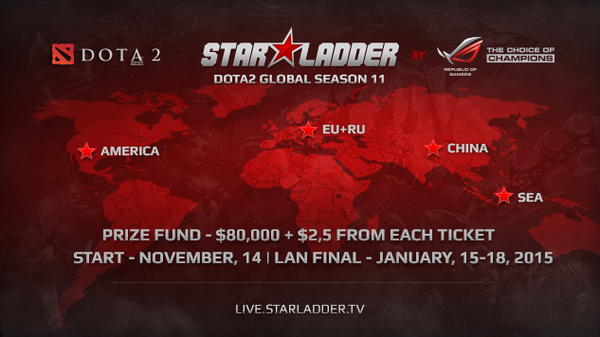 Official casters for the tournament are:

1LAJONS were acquired by Ninjas in Pyjamas after the group stages.[1]
2Na'Vi and Power Rangers replaced CDEC Gaming and Invictus Gaming, who were unable to obtain their visas on time.[2]