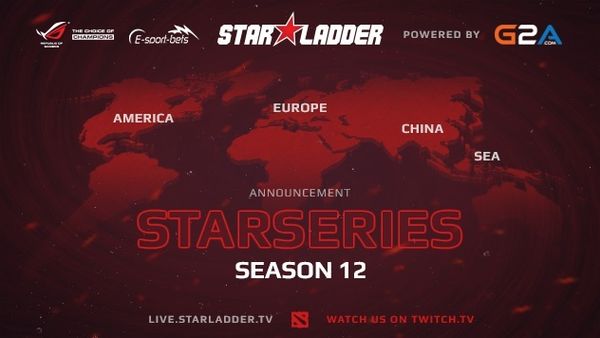 StarLadder StarSeries Season 12 is the 12th season of StarSeries organized by StarLadder. A total of 40 teams are divided in four regional divisions where they will compete for the 8 spots at the offline finals with a prize pool of over $80,000, increased by crowd funding via in-game ticket sales. For the first time, the offline event will not happen in Kiev but will be at the Polyvalent Hall in Bucharest during DreamHack Bucharest.[1]

40 teams are divided in 4 regional divisions: Europe and CIS, China, America and South East Asia. 8 spots are given for the finals as follows:

The talent for the English and Russian broadcasts was announced on April 20th, 2015.[2]

The base prize pool is $80,000 which can be increased by crowdfunding.