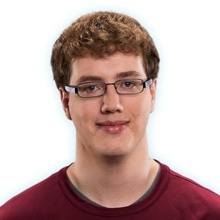 Tyler "TC" Cook is a professional Dota 2 player from Canada who last played for FIRE.

TC's DotA career started in WarCraft 3 custom games around seven years ago. In fact, he played them with many of his current teammates back then. Bitten by the inhouse bug at a time when the North American scene was populated by leagues, he soon lost interest in other types of games. After some time with HoN in 2010 and 2011, he first saw Dota 2 at The International 2011. Afterwards, he directed all of his efforts toward getting a key and revitalizing his DotA career in the new iteration of the game.

Early on in this new pursuit, he met FLUFFNSTUFF and, on discovering that they saw the world of Dota through similar eyes, the two decided to join forces and form the original FiRE, a team that would lead the boys to their breakout success in fall of the same year.

Most famous for popularizing the carry Tiny build before EHOME went on to use it in The International 2012, TC played in the 1-3 positions on Team Liquid, where he showcased both his unique style and his strong carry ability.[1]

Also known as "Troll Chief" in the Dota 1 scene. He was an active player in the DXD inhouse community.

TC emerged onto the competitive scene with team FIRE, consisting of the captain FLUFFNSTUFF, ixmike88, Jeyo, HANNAHMONTANA, and himself. On February 16, 2012, they were acquired by compLexity. They obtained second place at The Premier League Season 1 during the month of April. During the months of June to August, through some spectacular play, TC would lead his team to victory in The Defense 2.

After The International 2012, which took place from August 26 to September 2, TC and his team went a bit inactive. Jeyo taking his leave and joining Evil Geniuses during the later 2012 left his team short on players but they would play in a few tournament matches with stand-ins such as BuLba. On December 6, 2012, Team Liquid announced that they have picked up TC along with FLUFFNSTUFF, ixmike88, Korok, and BuLba for their debut Dota 2 team.[2]