Squee, Spleen, and Spoon, the Techies[edit]

Like every inevitable disaster surrounding Techies, the obliteration of Dredger's Bight began with an invention. Tasked with designing a safer way of detonating explosives in the mines beneath the city, pyrotechnic prodigies Squee, Spleen, and Spoon developed their most outlandish creation yet: a button which, when pressed, would trigger a distant device to spark a fuse.

Overeager to test their invention, the trio stuffed barrel after barrel with flamesalt explosives, piling every corner of their tiny workshop high with the newly developed remote bombs. From this stockpile they plucked a single payload, burying it in a far away field. As they cowered in a ditch, Spleen pressed the detonator button. Yet after a moment, nothing happened. Confused, he stood up, pressing his button again and again until, finally, an explosion tore a hole in the field. Elated, Squee and Spleen turned toward home just as a massive wave of sound and force arrived to knock them over.

Bewildered, their ears ringing from the unexpected blast, they gathered in the dingy miasma to see a smoking ruin where their workshop once stood. Chunks of wood and stone continued to fall as the yawning crater before them slowly deepened into an expanding pit. The whole of Dredger's Bight shuddered, and then gradually started to slide into the mines below as its panicked residents fled. Sitting at the edge of their sinking home they grinned and giggled, as giddy at the possibilities as they were oblivious to the scorn of their former neighbors. They wondered only one thing: how could they trigger an even bigger blast?

For the Techies, battle is a matter of mischief. Giggling while they lay their traps throughout the battlefield, their explosive mines, stunning traps, and remote-activated bombs are often more than enough to surprise careless foes or shatter an enemy offensive.

QE
Targeting
Point Target
Affects
Enemy Units
Damage Type
Magical
Lobs a Sticky Bomb towards the target area. If it lands next to an enemy hero, the bomb will stick to it, slowing its movement speed. After a few seconds the bomb will explode, dealing damage in an area around the detonation and applying a secondary slow.
12/10/8/6
100/115/130/145
Such revolutionary brilliance was meant to be shared.
Notes

WT
Targeting
No Target
Unit Target
Affects
Enemy Units/Self
Allies
Damage Type
Magical
Techies trigger an electric charge giving them bonus movement speed for a short period of time. Enemies attacking Techies are temporarily disarmed and get a Basic Dispel. At the end of the effect, the charge explodes, disarming all enemies within the radius.
28/24/20/16
60
A steady bomb hand prefers an abundance of personal space.
Blast Off!

RR
Targeting
Point Target
Affects
Enemy Units
Buildings
Damage Type
Magical
Plant an invisible mine that cannot be detected by True Sight, but is visible if an enemy is within the active AoE of the mine. Mines detonate if an enemy is standing within the active AoE for a duration, dealing damage and temporarily reducing the enemy's magic resistance. The explosion deals full damage if the target is within a radius and decreases as it extends to the edge. Deals a percentage to buildings.
0
110/140/170
The bane of Toterin!
Notes

FG
Targeting
Point Target
Plant a warning sign to remind enemies to step lightly. Only one sign can exist at a time.
60
Watch your step!
Notes 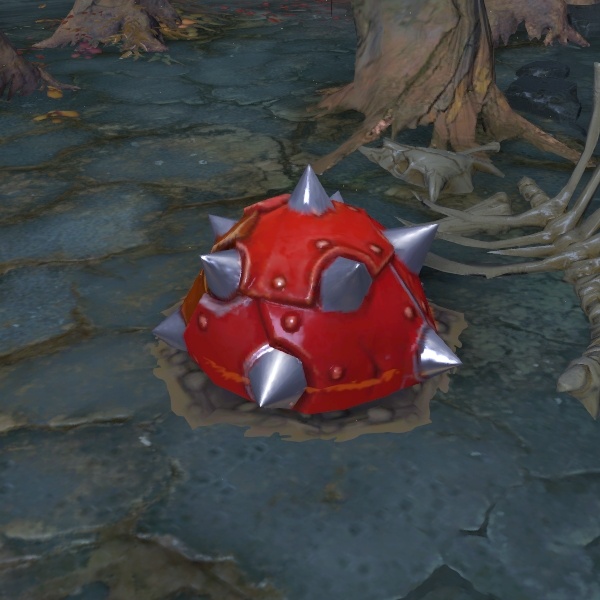