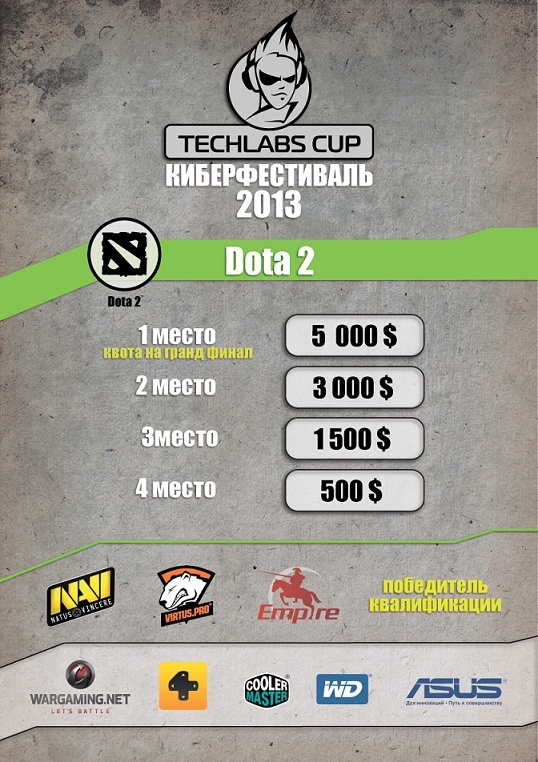 Techlabs brings again in 2013 a series of awesome tournaments. In a 5-part e-sports festival Dota 2 is one of the main 3 titles. The Techlab Cup features many stops: Moscow on the 23rd of March, Minsk on the 18th May, Kiev on the 27th September, then at Almaty on the 23rd November and the grand final will be back in Minsk from 13-15 December.

A total of $10,000 is awarded to the winners in each stop.
The winner will also get a spot at the Grand Finals in Minsk.