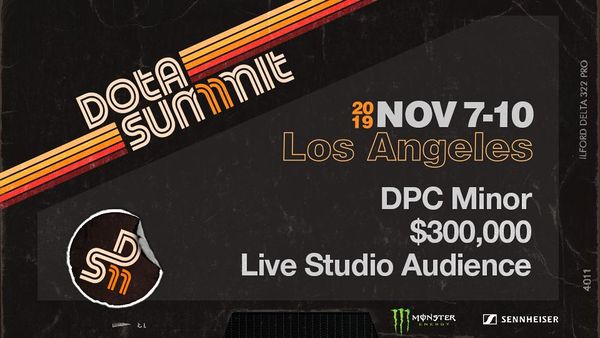 DOTA Summit 11 is the first Minor of the 2019/20 Dota Pro Circuit season.[1] The event will be held in early-November 2019, the champion will be qualified to MDL Chengdu Major.

The talent for the English broadcast was announced on October 26th, 2019.[2]

The talent for the Russian broadcast was announced on November 4th, 2019.[3]